The PURE Study’s Conclusions on Fats and Carbs Are Misleading 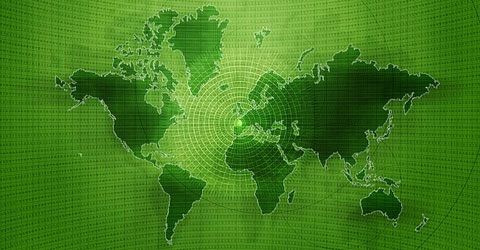 A presentation at the European Society of Cardiology in Barcelona in August 2017 and the simultaneous publication of a series of articles from a study titled PURE (Prospective Urban and Rural Epidemiology)[1][2][3] sent shockwaves throughout the nutrition world. Headlines read “Study challenges conventional wisdom on fats, fruits and vegetables,”[4] “Diets full of fat from meat, cheese and milk are much better for you, study finds,”[5] and “Low-fat diet could kill you, major study shows.”[6] The PURE articles appeared simultaneously in the prestigious medical journal The Lancet and suggested that high carbohydrate, lower fat diets were associated with ill health and early death. But before we shun legumes for fried chicken, let’s look at the study, its design and its findings.

The PURE study was designed as a large, epidemiological study. Indeed, over 135,000 people from 18 countries throughout five continents were surveyed and had a blood sample taken. The researchers were interested in four main areas: nutrition and food policy, built environment, psychosocial/socioeconomic factors, and tobacco usage.[7] The study size and scope of the project were impressive, and it involved a lot of well respected researchers from well respected institutes.

The study design was observational. This means that the researchers collected information and then associated it with health outcomes. They did not try to manipulate behaviours in any way. In observational studies, researchers try to observe whether certain parameters are associated with each other.

The study was also prospective. This means that the researchers measured some behaviours (e.g. diet, smoking) and followed people over time to see if there was an association between these measured behaviours and the health outcomes. In the current publications from the PURE study, researchers completed the initial assessments on their subjects, then followed up an average of 7.5 years later.

Comments on the Study

Although the PURE study was a huge undertaking, there are several issues deserving closer scrutiny. First is the fact that there was huge economic variation within the cohorts. Second is the fact that it fails to assess the quality of the carbohydrates being consumed. As we know, not all carbohydrates are equal. Finally, are some notable limitations inherent to the way the information was collected. Let’s look at each of these in turn.

1. Economic Variation Within the Cohort(s)

The study included individuals from 18 countries, across five continents. Although this is impressive, it is also problematic. The different countries included in the study would have had major cultural differences but also major economic differences. Some of the countries were high income (e.g. Canada, Sweden) while some were middle income (e.g. Iran, Malaysia), and others still were low income (e.g. Bangladesh, India). This obviously makes a difference because lower income countries would tend to have much lower healthcare spending and less access to medical care, less access to disease screening, and lower rates of vaccination. Low income countries would also tend to have worse hygiene status and increased risk of related disease (e.g. some cancers, infections). Finally, individuals in lower income countries are at greater risk of inadequate dietary intake, both in terms of having enough to eat and also having a varied, balanced intake of nutrients. For example, the biggest source of carbohydrates in Bangladesh was white rice. But white rice was also the biggest source of protein and fat in Bangladesh. This implies that the diet in Bangladesh was not varied, consisted of mostly white rice, and would have been very low in fat but also low in micronutrients like essential vitamins.

Differences in disease and death rates between countries may have little to do with carbohydrate vs. fat intake and much to do with national/individual income. It is interesting that the major difference between low income countries and high income countries seemed to be non-CVD (e.g. cancers, infectious diseases). These non-CVD issues are not as strongly associated with diet as CVD and are majorly influenced by problems of individual and national poverty: poor hygiene, limited access to vaccinations, etc. If a high carbohydrate diet was truly unhealthy, we would expect CVD rates to increase. This is not what the PURE study reported. It seems unjustified to suggest that individuals in low income countries have a higher non-CVD burden because of their high carbohydrate, low-fat diet and not because of poorer socio-economic status, poorer hygiene status and less access to healthcare. The researchers acknowledge this and state: “high-carbohydrate and low-fat diets might be a proxy for poverty or access to healthcare.” Unfortunately, this important caveat was not reflected in the media headlines!

2. Not All Carbohydrates Are Equal

Carbohydrates are found mostly in plant foods. For example, most fruits are >90% carbohydrate. However, lots of processed foods are >90% carbohydrate too: candy, refined grain products, sodas and other sugary drinks, etc. In the PURE study, total intake of carbohydrates was reported, but not the sources of those carbohydrates. This is puzzling since the researchers looked at different types of fatty acids. Therefore in the PURE study, an individual eating candy and soda would be classified as similar to an individual eating lots of fruits, vegetables, and sweet potatoes. Again, the researchers seem to acknowledge this problem, noting: “In our study most participants…consumed a very high carbohydrate diet, especially from refined sources, which have been shown to be associated with increased risk of total mortality and cardiovascular events.” Indeed, the top sources of carbohydrate intake in the PURE study were mostly from refined carbohydrates (e.g. white rice, sugary drinks, cakes, fruit juices). Yet once again, the real implications of this acknowledgement received little attention.

It is interesting that total carbohydrate was related to higher total and non-CVD mortality (e.g. cancer) but not from CVD. However, fruit, vegetables and legumes (i.e. whole food carbohydrates) were related to lower total mortality (both CVD and non-CVD). This suggests that the quality of carbohydrate is important, not just the quantity. In other words, white rice and sugar are not beneficial.

In the PURE study, researchers interviewed their subjects and took blood samples on a single occasion only—at the start of the study. All of the health outcomes studied over the next 7.5 years were then tied back to those initial assessments. However, we know that dietary intake changes, sometimes frequently. Think of the exact foods you ate in the last seven days. Can you remember every single detail, including portion size? Do you expect to eat like this every week for the next seven years? Particularly relevant for the PURE study, some of the low/middle income countries would have been developing rapidly over the period in question, which would significantly affect dietary intake over time. It is easy to see how measuring dietary intake on only a single occasion may lead to inaccurate conclusions.

The Conclusion of the Study Publication

In the conclusion of one of their papers, the researchers wrote that, “Global dietary guidelines should be reconsidered in light of these findings.”[1] As we have said, PURE was an observational study. The observations in any such study are useful and important but they should be put to the test. The test should be a trial, ideally a randomised, controlled trial, which would provide far superior evidence than an observational study, i.e. a lower carbohydrate, moderate fruit/vegetable/legume and higher fat diet should be tested against, for example a whole food, plant-based diet.

It is puzzling that the authors write (and The Lancet accepts) their conclusion advocating changes to dietary guidelines, especially when there is observational and interventional evidence which contradicts the PURE data—i.e. that a diet high in whole carbohydrates (fruits, vegetables, whole grains, legumes) is beneficial.

With nutritional research, bigger is not always better, and this large, ongoing study—like every study—has flaws that must be considered. Nevertheless, its observations are noteworthy. The PURE study has demonstrated that eating a limited diet that’s very high in refined carbohydrate may lead to increased risk of death, but this association may be partly due to differences in socioeconomic status, healthcare access, and infectious diseases.

An editorial regarding the PURE publications was also published in The Lancet.[8] This editorial was titled, “PURE study challenges the definition of a healthy diet: but key questions remain.” Key questions do remain. Despite the commentary in the media and online regarding this study, multiple sources of evidence consistently show that whole grain carbohydrates and many portions of fruits and vegetables are beneficial.[9][10]

Further, there is evidence that disease rates increase as low-income countries become more affluent and dietary intake changes to include more meat and dairy and less whole plant foods.11 On the other hand, a whole food, plant-based diet has been demonstrated to decrease risk and severity of several diseases.[9][10]

In short, this study does not overwrite decades of nutritional research. When media headlines appear too good (or too bad) to be true, they often are! Until high quality trials suggest otherwise, dietary guidelines will and should remain in favor of healthful carbohydrates like fruit, vegetables, whole grains, and legumes.