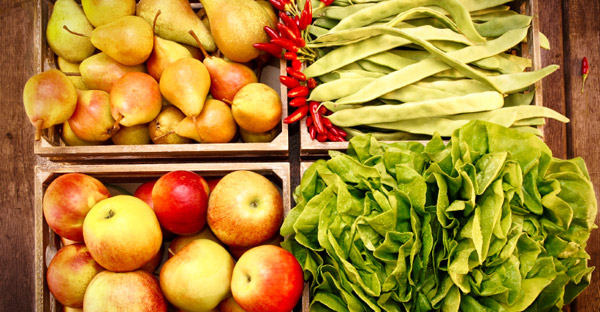 I would like to introduce you to my friend Dr. Caldwell Esselstyn, Jr., a man you will be hearing a lot more about in coming years. Having won a gold medal (Yale Crew team) in the 1956 Olympics, Dr. Esselstyn quickly advanced to a distinguished career in surgery at the renowned Cleveland Clinic Foundation. In 1985, when drugs were considered the treatment of choice for heart patients (as they mostly still are), Dr. Esselstyn embarked on a revolutionary course of action. The results of his investigation are being made available here for the first time to the larger public, thanks to Dr. Esselstyn’s gracious sharing of his pre-publication research findings.

His story is rather like that of Professor Dean Ornish, who is on our Advisory Board, and who convincingly showed that heart disease could be reversed in seriously ill heart patients when they used a low-fat diet, exercised, and managed their stress. Dr. Esselstyn’s findings contribute some important new information to the Ornish study.

Before I get to the research findings, however, it’s important to remember where we were 10 years ago. Doctors believed that by the time chest pains or a heart attack had occurred due to the blocking of vital blood vessels by cholesterol deposits, patients had absolutely no hope of ever again having a healthy heart. Their options: open-heart surgery, a lifetime of cholesterol-lowering drugs, or death. Scientific consensus held that diet could, at best, decrease blood cholesterol by only about 10-20%, an effect not considered substantial enough for disease prevention.

It was precisely at this extremely critical moment in science and medicine when Drs. Esselstyn and Ornish, at opposite ends of the country, stepped in and showed considerable courage. They asked not only whether heart attacks might be prevented by low-fat, plant-food diets, but whether this disease might actually be reversed.

Where Dr. Esselstyn departs from the Ornish work is in his approach. As Dr. Esselstyn told me, he simply wanted to see if he could “get inside his patients’ heads.” To do this, he was first willing to get inside his own head by adopting a plant-based diet. Today, he is a total “vegan,” eating no dairy products. His aim was to let his patients know that if they could reduce their blood cholesterol levels, they might also reduce their heart problems. He kept careful records on his patients during these past 10 years and has just now reported his findings. Unlike Dr. Ornish, who combined meditation and exercise with his dietary restrictions, Dr. Esselstyn placed more emphasis on the effects of a plant-based diet.

Let’s look at the main results. He enrolled 21 patients in his study between 1985 and 1988, a number similar to that in the Ornish experimental group. These patients were asked to consume on a regular basis a very low-fat, plant-food diet while maintaining their use of cholesterol-lowering drugs. A modest regimen of cholesterol-lowering drugs was believed necessary because these were at-risk patients and Dr. Esselstyn wanted to be sure to reduce their cholesterol levels below 150 mg/dL. Five patients dropped out of the study, 17 maintained the diet, and 11 of these had frequent cholesterol measurements and a follow-up angiogram. Average age of these 11 patients was 56 years.

All patients had severe, progressive triple-vessel coronary heart disease as documented by angiography. For most physicians, these would be considered very sick people. During the eight preceding years, despite having received “state-of-the-art” treatment, these 11 patients had experienced a total of 39 cardiovascular disorders. All were non-diabetic, had normal blood pressure, and did not smoke.

With most patients completing a decade of follow-up examinations, disease progression was stopped in all those who kept to the diet. Significantly, disease did not just stop but was actually reversed in approximately 70% of those having follow-up angiograms. Angina was improved or eliminated in every patient who had experienced this problem. And get this: no new cardiac disorders or other evidence of disease progression occurred during the study, compared with 37 incidents prior to the study! Of the five patients who left the diet program and returned to their regular diet, there were 10 new cardiac incidents, including one death. Really extraordinary findings!

Blood cholesterol was measured every other week, resulting in a total of 126 times per patient (what record keeping!). At the beginning of the study, average total cholesterol was 246 mg/dL; at follow-up, the mean level dropped to 132 mg/dL (every patient was under 150 mg/dL). This is a remarkable 46% drop. The “bad” or LDL cholesterol dropped by 58%. These are unprecedented cholesterol reductions.

So how did Dr. Esselstyn do this? Most importantly, he set an example by going on the diet himself. He also showed real interest in his patients; he was a very positive role model. After explaining the scientific evidence to the patient’s spouses, he met with each patient bimonthly for their check-up, and the entire group met quarterly on a more social basis to exchange favorite recipes. His presence was authoritative, yet caring and uncompromising.

You Can Change Your Taste Preferences

I see several very significant findings in Dr. Esselstyn’s study. First, remember that these patients consumed a very low-fat diet quite comfortably for a very long period of time. How so? Primarily, by changing their taste preferences. This is a very important point seldom mentioned when speaking about these diets. Namely, if you switch from a high-fat diet to a low-fat diet, your initial response may at first be “Yuk!” However, if you exercise a little patience for, perhaps, three to four months, your taste preferences will change. You’ll then prefer your new low-fat diet over your old high-fat diet. When, in addition, your health improves and you start feeling better, you’re on your way to a lifetime of healthier eating habits. If you’re like most people, you’ll begin to wonder how you could possibly have eaten that greasy stuff in the past. Dr. Esselstyn reported that his patients lost their craving for meat and fat, and “can now travel away from home for weeks at a time while still adhering to the diet.”

Dr. Esselstyn says that the use of the cholesterol-lowering drugs in this study may not have been necessary to achieve the results because the same reversal of disease most likely would have been achieved with diet alone and without any side effects. But, if there had been deaths among his patients from disease progression, the results would have been devastating.

The Esselstyn study adds to Dr. Ornish’s work in several important ways. First, he was able to show that if disease is to be reversed by diet therapy, fat should be less than 10% of calories rather than the present 30% advocated by the American Heart Association. Second, these results were achieved without advice on meditation and exercise. Let me point out, however, that neither Dr. Esselstyn nor I recommend that you limit yourself to dietary changes alone. Regular exercise and stress management are extremely valuable health-promoting tools. Dr. Esselstyn’s results do seem to say, quite emphatically, that consuming a low-fat, all-plant-foods diet is a very powerful way to promote good health and to heal the body of heart disease. Isn’t it interesting to note that, when the Esselstyn and Ornish methods are compared, they both give virtually the same results? And isn’t it also interesting to note that their most common feature is consumption of a low-fat, plant-foods diet?