Topics » Success Stories » Why Did I Switch to a Plant-Based Diet After Losing 150 Pounds?

Why Did I Switch to a Plant-Based Diet After Losing 150 Pounds? 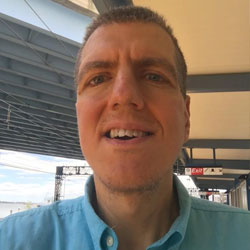 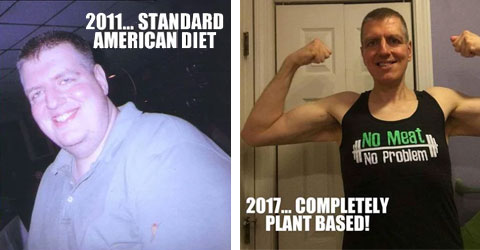 Up until about six years ago, I was morbidly obese, over 350 pounds. The unhealthy eating had taken its toll and I was not exercising enough. When I finally went to the doctor, they told me I was pre-hypertensive and advised me to take medication. That was my wake-up call. My parents relied on several medications due to high blood pressure, constant illnesses, and chronic pain. Now I was heading down that road, and I needed to find a better path. That’s when I began to make some serious changes for a better lifestyle.

I started by changing my diet: I gave up all fast food, soda, aspartame, and red meat, and I started looking at ingredients. I became obsessed with whatever foods lowered blood pressure. And it worked! I had lost most of the weight (120 of the 150 pounds) during the first year! I also successfully reduced my blood pressure to normal.

There was one downside to the lost weight though, that of loose skin. I’d never had any kind of surgery before, and I worried about the risks of anesthesia. After consulting with different doctors about skin surgery, I decided it wasn’t for me.

I was left with one choice: I would try to tighten my loose skin by replacing the lost fat with muscle through strength training. So for about three years, I worked hard, hitting the weights four times a week. I did what I thought was right at the time, listening to my trainer who said I needed 200 grams of protein a day. Can you imagine? It’s a miracle I didn’t get sick from the extra protein. The only thing I’m grateful for during that time period is that I had the common sense to have plant protein powder as opposed to animal based proteins.

I wasn’t getting the results I wanted and felt the hard work wasn’t paying off. I kept the weight off no problem, but still, I wasn’t building muscle the way I should have been.

Then I stumbled upon the world of vegan bodybuilders in August of 2016. These bodybuilders can build muscle without the need for extra protein; many of them were just eating whole plant foods. I thought maybe I should give it a try, so I bought a copy of Shred It!, Robert Cheeke’s guide to vegan bodybuilding. I planned to do the vegan diet and bodybuilding routine for 13 weeks.

On September 6th, 2016, I began my plant-based journey, and I’ve never regretted it. I’m building muscle like I never built it before, and I feel great. My arms have tightened considerably and I’m so happy with them. I still have a way to go with my abs, but I feel with clean eating and hard work, I’ll get there.

My cholesterol is the best my doctor’s ever seen, with a total cholesterol of 136. My blood pressure reads at 110 over 70. My iron levels, which were never a problem anyway, actually went up a little (in the normal range). Since going plant-based, I’ve never wanted to go back to eating animal products.

Along the way, I read books like The China Study by Drs. T. Colin and Thomas M. Campbell and How Not to Die by Dr. Greger. Dr. Fuhrman was also a big influence on me as well. I had actually been following his advice on eating “GBOMBS”—greens, beans, onions, mushrooms, berries and seeds—for about three years before going plant-based. I still eat the GBOMBS everyday.

I did eat healthy prior to going plant-based, but it wasn’t enough. Occasional poultry and yogurt weren’t going to help with my muscle building goals. Also, I want to stay healthy. I don’t want to rely on meds the rest of my life. I want to feel good and have lots of energy. Whole plant-based foods are the best medicine to keep healthy, and I am so happy to have made the switch.