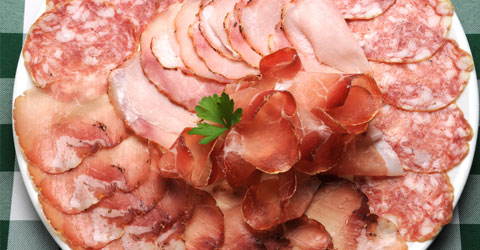 WHO Report on Cancer & Processed Meat Misses the Point

The recent report from the International Agency for Research on Cancer (IARC) of the World Health Organization (WHO) concluding that processed meat is carcinogenic has drawn a cascade of public attention. I suspect that pressure had built to the point that the IARC had to say something about food in cancer development. But, in doing so, they had to use questionable scientific evidence and generously sprinkle it with caveats to protect their interests.

I assert that while this report has triggered some meaningful discussion, its message is not what it appears to be. Non-meat-eaters are encouraged. For them, an important institution is finally stating, after citing 800 research reports on this topic, what these people have long believed. And then in the other corner, outspoken meat-eaters are claiming that this new message is rubbish, the result of biased selection of research reports. And so the public chatter continues…a bit of meager scientific information surfaces for public attention that is likely to be here today but gone tomorrow. I maintain that both sides are skating on some very thin ice, with little evidence to support their positions. Nothing much gained, nothing much lost. An October 28, 2015 New York Times editorial titled “Meat as a Cause of Cancer”[1] agrees that this WHO report “provides persuasive evidence that meat can cause cancer, but the risk is very small for most people.” Why, then, all this hullabaloo, other than the fact that it sells news?

While there may be some merit in publicizing this information, if it is less than what it ought to be, it is likely to have a short life and leave behind a lot of confusion. The far more important scientific context of consuming plant-based foods to maintain health and prevent disease is hardly mentioned. This WHO report deals in trivia while simultaneously deflating their own message—and this is not accidental. It may be intended to keep everyone happy, if not entirely confused.

In the New York Times October 26, 2015 article “Meat and Cancer: The W.H.O. Report and What You Need to Know”[2], Catherine Saint Louis included at least three comments that trivialize the impact of the WHO report. Although these comments may be factual in a narrow sense, they ignore the larger context that addresses a far more important message that seriously affects human health.

In Q&A on the carcinogenicity of the consumption of red meat and processed meat[3], the WHO added more comments that they may have seen as necessary for the report. In reality, I argue that the following comments minimize their main findings:

There it is—lots of wiggle room that detracts from the main IARC message that processed meats are carcinogenic, so they say—itself a very thin slice of the larger message. Then add to this the counter argument that “red meat has nutritional value,”[5] a benefit according to the director of IARC, Christopher Wild. Yes, we all know that meat may have nutritional value under some conditions (like when we are starving), but it also is more important to recognize that whole plant-based foods can provide that same “nutritional value” at far less cost to our health.

If I were to come to this discussion, totally unbiased, I could opt for either side of the question, depending on my preference for eating meat. But this is only if we fail to acknowledge the big story. If we keep focusing on reductionist information that can be trivialized, we continue to argue about what does not actually matter or result in real improvements in human health.

This report, once again, illustrates a persistent problem in public discussions of diet and health. Context is missing! Why do we care about the relatively minor effect of eating processed meat on colorectal cancer, then wonder whether this is specific for this organ and not for others and whether this food is specific for cancer but not for other diseases? Are we going to have to work out which disease might be produced by which food for each organ before we get comfortable with a consensus statement about diet and disease in general? How many lives will end prematurely because we are failing to see the greater context?

The context missing in this report is the whole diet, whole health, whole mechanism perspective. I call it wholism (with the ‘w’). It is Nature, which can be illustrated by the infinitely complex systems in each of the 10-100 trillion cells in our body. It runs better than a Swiss clock. The cell’s intracellular milieu and events represent a beautiful orchestration that represents Nature at its best.

The conclusions of this report find causes of one kind of cancer that involves one kind of food. This operates via one key rate limiting mechanism–a causal sequence that also infers that each of these entities is acting independently. This type of linear logic lurks everywhere, and it causes incredible public confusion about nutrition. Alternatively, when nutrition is understood wholistically and without worshiping so-called ‘high quality’ animal-based protein, good nutrition can profoundly restore health and prevent disease. Emphasizing animal-based protein seriously distorts our understanding of the total diet effect on health. We lose focus on both the direct effects of animal protein consumption and the indirect effects resulting from eating animal-based foods instead of whole plant-based foods that restore health and prevent disease.

This new WHO report is of the same ilk as the recent U.S. Dietary Guidelines draft report released earlier in 2015. My reaction was the same for that report which was published in spring 2015 in The Hill, a U.S. congressional blog[6] and my full comment was submitted to the Dietary Guidelines Advisory Committee and posted here. I am continually aware of special food, drug and medical practice interests which have a tendency and the resources to muffle voices that question those interests.

The conversation has shifted away from the most important effect, namely, nutritional control of cancer. This stance also ignores the compelling evidence that we get all the “nutritional value” we need from whole plant-based foods.