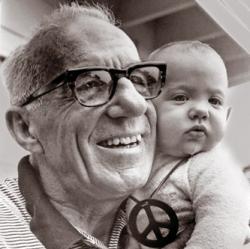 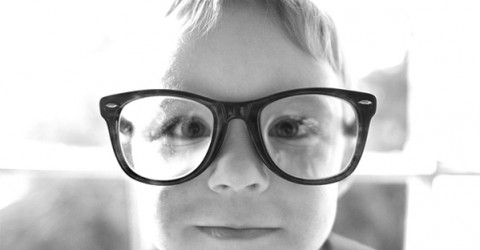 Ever since I wrote my first edition of Baby and Child Care in 1946, I have always put the emphasis on the need for eating lots of vegetables, fruits, and whole grain cereals. But due to the fact that dairy products and meats have been considered ideal foods for so long, I was hesitant to talk about their hidden disadvantages. What changed my mind was an episode in my own medical history.

My Bout with Heart Disease

In 1988, I fainted crossing the lobby of a hotel and spattered the marble floor with blood. After a week’s hospitalization it was concluded that my condition was partly due to the irregular rhythm of my heart (atrial fibrillation), a familial condition I’d had for several years. Also, I had a supposed narrowing of arteries in my brain from arteriosclerosis, which had stopped or interfered with the heartbeat enough to allow blood to clot in my heart. A piece of the clot presumably broke off and plugged an artery of my brain long enough to cause the faint. Not long afterward, I had a brief episode of speaking gibberish instead of English. I was put on a digitalis medication to slow and steady the heartbeat and given a pacemaker to substitute for my heart if it decided to stop again. Since my mother and two sisters died of strokes, that was enough to remind me that I am mortal like all humans, a fact that I had ignored until then.

Without any particular intention on our part, my wife, Mary, and I were introduced to a macrobiotic counselor. Macrobiotics is a form of vegetarianism that was originally formulated in Japan on the basis of their traditional diet and brought to the West by George Osawa. It consists of a strong emphasis on whole grains, vegetables, and legumes and an avoidance, not only of meats and poultry, but of dairy products too.

I had a miserable year before this episode, with almost constant bronchitis requiring antibiotics, as well as a further weakening and loss of coordination in my legs, which had made walking and standing increasingly difficult in my late eighties. My neurologist said there was no cure and that it would be progressive.

So we said, “Let’s give the diet a try.” In the four years since then, I have had only a couple of respiratory infections and a very gradual improvement in my legs instead of a further progression of the symptoms. Involuntarily, I lost 50 pounds in three months from the lack of fat in my diet.

Since this change, I have been thrown in with a number of cardiologists, oncologists (tumor specialists), internists, neurologists, pediatricians and their patients, who have become converted to various forms of a vegetarian diet. Not all of these diets are macrobiotic, yet they are conducive to health in general and serve to inhibit, and even in some cases reverse coronary heart disease, strokes, and certain forms of cancer. I’ve met a few people whose coronary heart disease and cancer were reversed even though, despite surgery, they had been close to death. Such arrests of fatal disease are extremely impressive.

The Problem with Animal Fat

It was assumed by many people in the past that a vegetarian diet, which is essentially a diet without meat and sometimes without dairy products (which, of course, are also animal in origin) was merely an obsession of a few people with an exaggerated sentimental love of animals or a fear of being poisoned by meat.

In recent years, we’ve discovered that a high-fat diet, which means eating relatively large amounts of meat, dairy products, and fried foods, is the main cause of arteriosclerosis, coronary heart disease, stroke, certain forms of cancer and obesity. In the days before this was discovered, nutritionists, professionals and parents worried that a diet low in dairy products and meats might bring about malnutrition, especially in regard to calcium, protein, and the growth needs of children. But careful studies have shown that if diets are planned sensibly, as all diets should be, protein, calcium, and growth needs will be well covered by a diet of varied whole grains, legumes, vegetables and fruits. (A much greater danger is that of heart disease, stroke, and cancer, when children learn to love an animal-based diet and want it for the rest of their lives.)

What’s the answer? The overall aim in early childhood should be to steer away from an animal-based diet and favor a largely plant-based one, so the child will become used to foods at an adaptable age. Even if the child rebels in adolescence there is a good chance of coming back to a plant-based diet in adulthood, especially if the parents set the example.

“I was first introduced to Dr. Spock when he wrote to me after he read one of my articles about a long forgotten professor at Yale, Dr. Russell Chittenden who had published two books on the effect of a low protein, plant-based diet on athletic performance. Spock expressed surprise because he was a student and athlete at Yale in the early 1920s and was told by his trainers to eat lots of meat. In Spock’s 7th edition of his book about child care, he advocated not to give cow’s milk to children. That was prompted by my Chittenden article and advice from Dr. Charlie Attwood, a well known pediatrician and author.”