Register now
Topics » Psychology & Social Issues » How Strict Does My Plant-Based Diet Need To Be?

How Strict Does My Plant-Based Diet Need To Be? 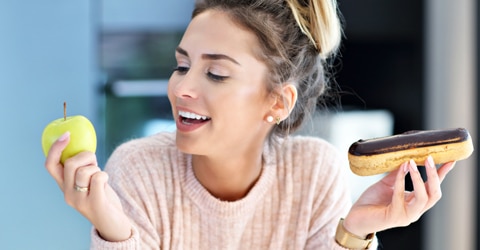 This article was originally published at www.MyPlantBasedProgram.com. It is reprinted with Dr. Thomas Campbell’s permission.

How strict does my diet need to be? This question, and close variations, are the most common questions I get when I’m first introducing the idea of a 100% whole food, plant-based diet to people. In modern America, avoiding added pure fats (oils, butter, margarine, coconut oil, etc.), minimizing or avoiding added sweeteners, and avoiding animal foods is difficult when you are eating outside the home or eating socially.

Inside the home it is easier than many people realize (“Oh, wait, pasta is allowed?”), but it is invariably tougher when you eat outside the home.

When people are deciding how strict to be with their diet, they often begin to wonder about eating strictly on plan most of the time but not all the time. Basically, your behavior comes down to a series of cost/benefit calculations, and when patients ask me about this diet plan, they often want to know about the costs and the benefits of doing some variation of the diet that is part time.

From a nutrition and health point of view, it would be false for me to say that a relatively small amount of any single food is going to be bad for you. Similarly, it would be false to say that we know that a 100% strict diet has greater health benefits than a 95% strict diet. Your overall diet and lifestyle are far more influential than this or that food choice. If your diet and lifestyle choices were pristine, then depending on your genetics, it is almost certainly true that you could get away with eating small amounts of just about anything and it wouldn’t cost you much in terms of health.

For example, let’s imagine you eat a pristine diet but love fried chicken and you absolutely insist that you must eat not just a small amount but a whole bucket of fried chicken every month. An 8-piece fried chicken bucket from KFC has around 1,500-2,000 calories. Let’s also imagine you are an active younger male and eat 2,000 calories a day, on average. So, over the course of 30 days, that chicken bucket will amount to 3%-4% of all your calories. If you make 100% pristine choices for every single other morsel that passes your lips, those 3%-4% wretched calories are not likely to have a significant health impact. In other words, in this situation, the health cost of eating the fried pieces of a chicken’s dead body is likely to be low (for you, but not the chicken), and the health benefit of avoiding it altogether, when everything else is truly perfect, is probably marginal to nonexistent.

Notice how I’m describing the risk: “likely” and “probably.” I can’t know for sure if some people in some situations might have a serious adverse effect to a giant load of garbage dumped into their gut all at once in a short period of time. For people in tenuous health situations, consuming even just one day of junk might provoke something serious like a heart failure exacerbation, for example. But for people who aren’t on the brink of a health calamity, they’re almost certainly going to be OK. Or at least they’ll escape with relatively minor, transient problems (heartburn or unpleasant changes in bowel movements).

So, am I giving you a green light to enjoy your favorite, rich indulgence? NO! READ ON! 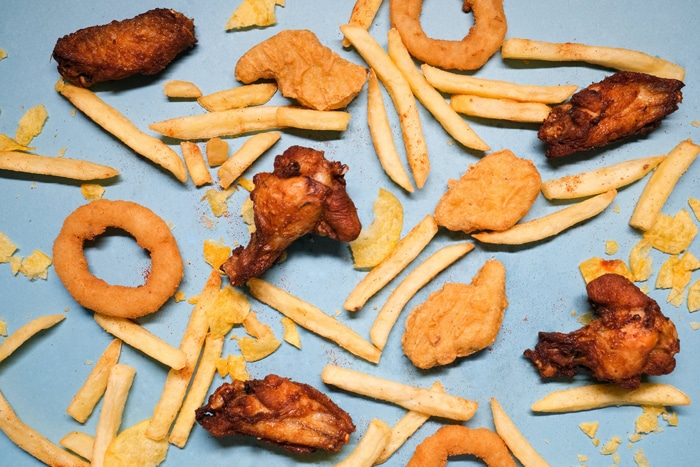 The question really is behavioral in nature. I’ve worked with many hundreds of people, and I can probably count on one hand the number of people who can accurately assess how much they are going off plan. If someone tells me they eat this way 90% of the time, I might assume they are actually eating about 60%-70% of their calories on plan. If someone says 75%, I might assume 50%. It’s not precise, but you get the idea.

The brain is a trickster, a master rationalizer. You’ve probably made rationalizations like, “It’s just a little bit,” or “I haven’t had this in a couple weeks, at least,” while conveniently minimizing all the other exceptions you’ve made to your eating plan recently. Because the brain will rationalize the heck out of things when given the chance, I think that someone eating a bucket of fried chicken every month is ultimately making their task much harder, not easier, by indulging their cravings. They’ve given the green light to their brain to entertain various temptations and cravings on an ongoing basis. That’s just what the brain does. And very, very few people can win that battle.

Your overall diet and lifestyle are far more influential than this or that food choice.

Apart from the rationalizing, most people are very poor judges of calorie amounts, and studies show that people can easily underestimate the number of calories they consume when they are choosing rich, calorie-dense foods. It doesn’t take much volume for a “little” indulgence to suddenly be 10%-20% of your day’s calories if the indulgence is very high in calorie density (think chocolate). So even if you have an accurate sense of how often you’ve gone off plan, you may have a very poor sense of what percentage of your total energy intake has been off plan. 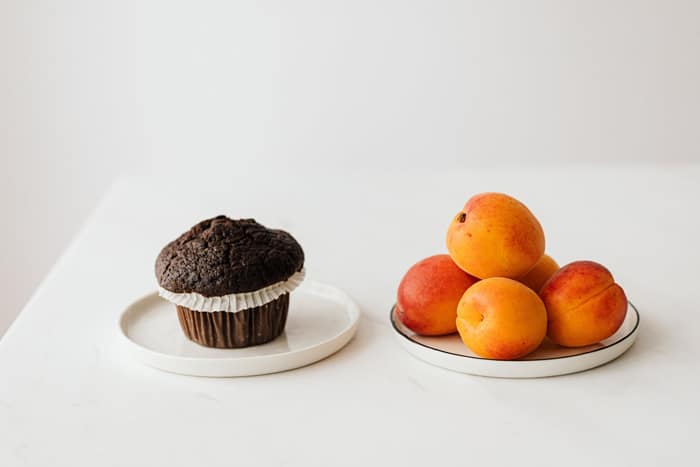 These are problems I’m personally familiar with because I’ve fallen into exactly these same traps. We all have. This is the way that human brains weasel around to get as many calories per bite as it possibly can. It’s not a good, bad, smart, or stupid thing; that’s just the way it is.

Like I said, there are a few people I’ve met who are obsessive enough and routine enough that they really do eat pristinely all the time with the exception of small, planned indulgences. I’m talking about probably just a few people out of hundreds of motivated people, though. For most of us, our brain is going to take us further down the slippery slope than we might imagine as soon as we start negotiating for “little” indulgences from time to time.

What balance do you strike? That’s up to you. In your home and your everyday settings, I recommend you strive for 100% compliance. I realize it gets a tiny bit trickier when interacting with the rest of the world, though. Let me use another example. I think for a lot of people, the meager, if any, health benefit of being oil-free in all settings 100% of the time for the rest of their life compared to rare, small amounts of oil may not justify the cost. The cost of being 100% means hardly ever eating out and limiting most social eating. So where do they land? They might occasionally eat out and make the best possible choices but not obsess over some oil in the restaurant meal. For those who are struggling with an advanced disease or a severe condition that itself may rob them of their most precious enjoyments, it may be worth the cost of being 100% strict with their diet to know that they aren’t tempting the slippery slope. 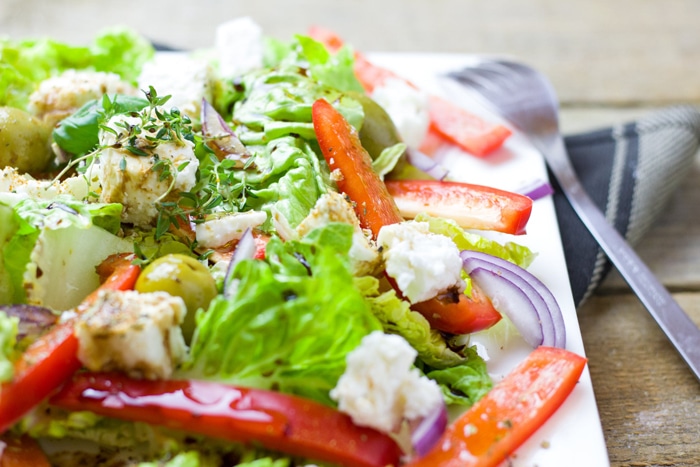 Wherever you fall, realize the situation you face. This isn’t so much a nutritional question as it is a behavioral one. You may well be a lovely, thoughtful, self-aware, intelligent person, but chances are overwhelmingly high that you, too, will go further down the slippery slope of poor food choices than you intend to, over time, if you start negotiating with your own rationalizing brain. It is the expected result of living in an environment that is pulling us in the wrong direction pretty much all the time, so choose wisely.

An Introduction to the Whole Food, Plant-Based, SOS-Free...