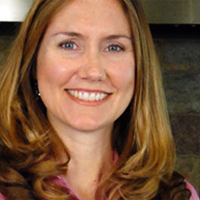 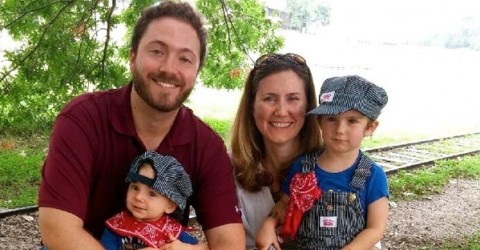 I still remember the sadness in my doctor’s face as he detailed my reproductive problems and gave me the ultimate sentence “you’ll never be able to have children”. Stage 4 endometriosis, he said. Ovarian and uterine cysts, he said. Advanced reproductive disease, he said. Finally, we had an answer to the excruciating pain I had been in for the past 6 months. There was no way to treat it, but with a hysterectomy, he said. My heart sank. Wasn’t there anything I could do, I asked? Was it my diet?

At that point in my life, I was 27 years old and had just gotten out of the Air Force. Throughout my college years in an engineering program and later in the military, my inner circle was largely male. With a big appetite and high metabolism, I had easily adopted their typical eating habits. It was not uncommon for me to have a double cheeseburger and coke for breakfast (or maybe two!). After spending some time in Iraq during the war, I decided to become a civilian and found myself working at a large engineering company… again, surrounded by the same demographic. For many men in their 20s, it seemed as though they partly defined their manhood by the amount of meat they could eat. I followed suit. Somehow publicly defiling vegetables, made me “tough” and confident enough to hang with the guys, both in war and in the office.

So, as I look back on this conversation with my doctor, I am flabbergasted that he inquired zero about my nutrition. He had absolutely no interest in my deplorable diet, and saw no relation to it and my poor health, despite the multitude of scientific studies linking dairy products, hormones, sugar and caffeine to reproductive disease.

As is so often true of major events, my life was changed forever by a slight twist of fate. A friend asked if I’d thought about what I was eating. No… I took solace in my doctor’s claims that I had no responsibility here and that it was “just one of those things that happens to some women.” Like a good friend, she connected me with a nutritionist anyway. From him, I learned about the dangers of dairy, sugar, processed foods, lack of fiber, and caffeine to a woman’s reproductive system. Unfortunately, I completely rejected it – ALL OF IT.

But, I wanted to be able to tell my mother I had tried everything while waiting for my hysterectomy, so I changed my diet anyway. For 6 weeks, I ate only whole, plant foods. Mostly broccoli, brown rice and beans because this Cajun girl had no idea how to cook anything else without butter and shrimp.

Although I was feeling somewhat better (and was in total denial that my food changes mattered) I went ahead with the laparoscopy that my doctor had ordered to determine how much of my reproductive system could “make the cut” and be spared a future as medical waste. But about 20 minutes after the procedure began, it was over. My doctor was dumbfounded and confused. He said about 95% of my endometriosis was gone. Although, there was significant scarring. The only remaining endometriosis had formed an adhesion around my colon connecting it to my abdominal wall (ouch!). As he explained my inexplicable healing, I remember my mom asking if my new diet had been the source of recovery – he quickly laughed and answered ‘no.’

While I was ecstatic that I hadn’t had the hysterectomy, part of me inside was freaking out. How was I supposed to eat like this for the rest of my life??

Thanks to resources like The China Study, PCRM.org, The Cancer Project, the Kushi Institute and others, I eventually navigated my way to tasty food that was easy to make. After about six months of eating whole, plant foods I saw some dramatic changes. My cholesterol dropped from 178 to 128, I lost over 50 pounds and I saw new hair growth. My reproductive problems never returned. The biggest benchmark for me was realizing that the fibrotic cysts I had in my breasts since puberty were completely gone. This is something I thought women in my family were genetically destined to have. We all had them, from my mother and grandmother, to my cousin. To see them completely dissolve told me there was something we could do about genetic predisposition. How freeing!

From then on, my life’s work changed. I study nutrition profusely and obsess over sharing this information with others. How many other women have opted for a hysterectomy because they don’t realize how much control they have over their reproductive health? TOO MANY. NBC news aired my story and I heard from hundreds of women who wished they’d known.. On this new journey, I left engineering and began teaching cooking & nutrition classes for The Cancer Project (now PCRM) and then for the T. Colin Campbell Foundation (now T. Colin Campbell Center for Nutrition Studies). My subsequent work with thousands of students has opened my eyes and reinvigorated me to share the power of a plant-based diet. I’ve witnessed the reversal of dozens of debilitating ailments: Type 2 diabetes, arthritis, IBS, colitis, breast cancer, gout, obesity, heart disease, high blood pressure, Crohn’s disease, osteoporosis, and many others. My favorite topic to explain is the importance of dietary fiber, I believe it is the root of most healing.

My real blessings came in 2011 and 2013, when I gave birth to healthy, plant-based boys. Both were conceived naturally and benefitted greatly from my vegan pregnancies. They are strong, healthy and thriving. And they serve as a daily reminder to the power of our food choices. Our regular breakfasts are quinoa, sweet potatoes & beans, or grits, greens and tofu. They’re simply wild over my green smoothies and I pray that I’ve given them a different start in life than I had. And, I hope that they will define their manhood by their willingness to live a long healthy life to take care of their families. I hope they’ll cast the typical definition of manhood behind (along with the heart disease, cancer & diabetes that tends to accompany it) and embrace a diet that will bless them with longevity and hopefully, the ability to be healthy and alert enough to meet their great-great-grandchildren. I hope their character and desire for vitality and love will sustain them through the criticism they’re sure to receive (and already do at a tender age now) over their dietary choices.

Cheers to the men in the world who make this choice. It is selfless to forego bacon in favor of something life-promoting. I’m proud and grateful to have contributed two more men to the world, thanks to Dr. Campbell and the mountain of work he has done in this field.