Research Confirms a Plant-Based Diet Can Help You Live Longer 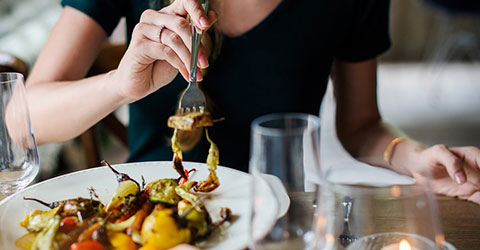 We all know diet is important. But exactly how important is diet?

A 2017 study involved 188 countries worldwide and assessed the effects of 79 different factors on death and disability.[1] This huge study was funded by Bill Gates and represents one of the most rigorous analyses of risk factors ever published. It found that dietary risks were the leading cause of death and disability! Poor diet was found to be associated with over 11.3 million deaths—i.e. more important than high blood pressure, pollution, high blood sugar and high cholesterol as well as other non-dietary lifestyle factors (e.g. smoking, being overweight, alcohol abuse, and low physical activity). A very similar study specific to the United States showed the same thing: diet was the most important contributor to death and disability. In fact, poor diet was associated with 26% of overall deaths in the US[2]!

Okay, nutrition is important, but which aspects of nutrition? It all seems so confusing!

You are not alone! Nutrition is confusing. It’s confusing for everybody. One reason nutrition is confusing is that most studies simply ask people what they eat. This is known to be hugely inaccurate because people don’t always remember or are uncomfortable admitting to what they eat. Further, many nutrition studies are short-term but would most likely have different results in the longer term as people tend to change their dietary habits. Another major reason that nutrition is confusing is that we need to compare foods to other foods. In medicine, we can use a placebo, but in nutrition we need a comparative food. So one study might find that apples are healthy when compared with potato chips, but another might show that apples aren’t as healthy when compared with berries!

Therefore in nutritional science we look for consistency from lots of well done studies conducted by different groups around the world.

Why a whole food, plant-based diet?

In addition to the major studies cited previously, a very interesting article in the Journal of Nutrition looked at all the different dietary patterns that were associated with healthier, longer lives. The three dietary scores most consistently associated with lower mortality all included high consumption of fruit, vegetables, whole-grains, and legumes and lower consumption of red and processed meat. The review concluded that the diet patterns that are associated with lower risk of death from heart disease, cancer, or any cause are “built on a common core of a diet rich in plant foods (whole grains, a variety of fruit and vegetables, nuts, and legumes), which is supported by extensive scientific evidence.”[3]

A diet of minimally processed foods close to nature, predominantly plants, is decisively associated with health promotion and disease prevention.

A major review co-written by Dr. David Katz, founding director of the Yale-Griffin Prevention Research Center and the True Health Initiative, wrote that: “A diet of minimally processed foods close to nature, predominantly plants, is decisively associated with health promotion and disease prevention.”[5]

There are regions around the world where unexpectedly high proportions of people live healthy, active lives until age 100 or more. These regions are called the Blue Zones and include areas in America (Loma Linda, California), South America (Nicoya, Costa Rica), Europe (Sardinia, Italy, and Ikaria, Greece) and Asia (Okinawa, Japan). Although these regions are spread throughout the world and vary in many ways, some lifestyle characteristic are consistent, including a plant-based diet. For example, the traditional diet in Okinawa is 96% plant based![7] But the Okinawans are not the longest lived population in the world; that honour seems to belong to the California Seventh Day Adventists, specifically the vegetarian Seventh Day Adventists.[8]

As we’ve introduced briefly, nutrition is complicated. Therefore instead of relying on single studies, we look for consistency across multiple studies, involving large numbers of people and across long periods of time. It is telling that consistent evidence supports good nutrition, and specially a whole food, plant-based diet, as one of the most important factors associated with a long, healthy life while minimizing disease risk.

What Is a Whole Food, Plant-Based Diet?