Soy…The Rest of the Story 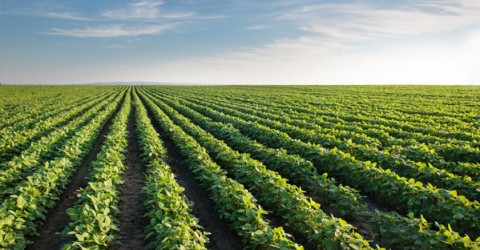 How interesting it is to see the recent flurry of soy stories hit the press. Products such as tempeh, tofu, and soy burgers vie daily for headlines with reports of seemingly miraculous benefits all credited to the simple and versatile soybean. This latest wave of interest reached an unprecedented fervor after Dr. James Anderson and his group at the University of Kentucky published in August of 2005 a comprehensive summary of 37 individual human studies. Their conclusion: soy protein can, indeed, reduce blood cholesterol, especially the so-called “bad” kind (LDL).

As some of you who have been following my work over the years may know, I’ve been a long-time proponent of this soy-protein effect, so I was heartened to see these results finally brought into the public spotlight. Nevertheless, I would like to ask three pertinent questions. First, why is this finding just now being reported? It really is a very old story. Second, why are the news accounts focused exclusively on soy protein when there is good evidence that many other plant proteins, if not virtually all, have much the same cholesterol effect? And third, why is the emphasis being placed on the “cholesterol-lowering” effects of soy protein rather than the more devastating “cholesterol-raising” effects of animal protein?

Why Has it Taken so Long to Tell the Soy Story?

Since the beginning of this century, numerous studies with experimental animals have shown conclusively that soy protein, when compared with the milk proteins casein and lactalbumin, can dramatically reduce blood lipids such as total cholesterol, LDL (“bad”) cholesterol, and triglycerides. Particularly impressive findings were published between the years 1941 and 1965, with many more studies (especially among humans) following thereafter. It’s my opinion that the scientists who have recently done the most to establish this soy protein-­blood cholesterol link are Professors Kenneth Carroll at the University of Western Ontario in Canada, David Kritchevsky at the Wistar Institute in Philadelphia, and Casare Sirtori at the University of Milano in Italy. But regrettably, most physicians and biomedical researchers have either denied or simply been unaware of the significance of this evidence. Consider, for example, the l993 report of the Nutrition Committee of the American Heart Association, which concludes that soy protein decreases serum cholesterol only in rabbits not in humans. Surely, the committee members had before them much of the same evidence now gathered by Dr. Anderson’s group.

Several years ago, I became interested in the underlying conflict surrounding the cholesterol-lowering effect of soy protein because, in my own research, we were finding that this protein, as opposed to milk protein (casein), prevented cancer growth in experimental animals. I soon learned that although many researchers had investigated this soy effect on blood cholesterol, many other researchers had remained quite skeptical. The skeptics usually said that while soy protein seemed to prove effective for those with very high cholesterol, they could not find a lowering effect for those who started out with lower cholesterol. Therefore, they could not take these findings seriously because the data did not seem to be consistent.
I then learned of Professor Sirtori’s research in Italy, which seemed to offer an explanation for the “data inconsistency.” Individuals who began with lower cholesterol levels did not experience the same effects with soy protein simply because further reduction of these levels was smaller and much less likely. It is still possible, however, to experimentally show a cholesterol-lowering effect of soy protein for people with relatively low levels, say around 150-­175 mg/dL, as long as a sufficient number of subjects are included in the experiment. (Please see this month’s China Report.)

The effectiveness of soy protein in reducing cholesterol was again clearly demonstrated in Professor Anderson’s recently published summary of previous studies. How heartening it is to see this news finally deemed worthy of New York Times status. Admittedly, science is conservative and slow in acknowledging new findings, many times for good reasons. But is it necessary to be this slow?

Why Simply Soy and not Other Plant Proteins?

My second point concerns the way scientific and media attention has focused solely on the cholesterol-reducing benefits of soy while neglecting all other plant proteins. Again, this idea involving other plant proteins was clearly demonstrated over 25 years ago by Professor Kenneth Carroll’s research group. They compared the ability of 12 animal-based proteins and 11 plant-based proteins to reduce blood cholesterol in experimental rabbits. After ingesting a variety of dietary proteins, the plant-eating rabbits consistently had lower cholesterol levels than those that ate animal protein. I wonder whether another century will need to pass before we can acknowledge that plant proteins in general, not just soy proteins, are associated with low blood cholesterol levels?

I might point out here that although I am cautious about the use of experimental animals, this experiment was not comparable to the celebrated rabbit “eye test.” Rather, it was a matter of feeding rabbits different diets (and, I might add, diets no worse than those of the average American meat-eater!).

Why Focus on Soy and Avoid the Real Culprit: Animal Protein?

It’s really a question of which levels ought to be considered the “norm.” I remember not so long ago when doctors would say that the normal range for blood cholesterol was 200-­300 mg/dL, just because most people in the US were within this range. Now, after considerable struggle within the biomedical and food communities, we say that these levels are too high. The norm seems to be dropping. Will it ever be possible for us to acknowledge the idea that levels around 100-180 mg/dL might be considered optimal or normal? Only then will we start to see serious research on why it is that some of us exceed these levels. Remember that in rural China the cholesterol levels go, on average, from around 90 mg/dL to about 170 mg/dL their high is almost equal to the U.S. low!

If I bundle these points together, I come up with a still more encompassing view. Basically, I hope that this focus on soy, somewhat to the exclusion of other proteins, both plant and animal, will not become just another fad to be argued over ad nauseam, perhaps then to be discarded on the basis of some unexplained and irrelevant detail. On the one hand, it seems to me that it’s okay if someone wants to eat a lot of soy products but, on the other hand, it seems much more preferable to eat a variety of plant proteins, especially from the legume group. Variety is important here, for it is not just soy, not even just other plant proteins, but a large variety of other non-protein constituents that also influence blood cholesterol. Plant matter is what really counts. The diet mostly or entirely comprised of foods of plant origin is still the one that possesses ever more nutritional gems to sustain optimum health.