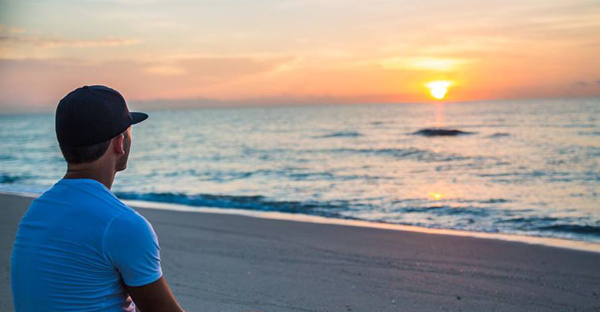 My career as a chef has been a rollercoaster ride. Through the ups and downs, 50+ jobs in the foodservice industry and a boatload of student loans, if given the choice I would do it all over again!

When I was nine years old, I had a paper route. I wanted my own money to buy the things I was told I couldn’t have. I wanted a car, I wanted to go to concerts and wear stylish clothes and most of all, I wanted to be self-sufficient. Initially, this was my drive to work.

At 13 years old, I got working papers that allowed me to work in a small gourmet grocer called The Elegant Farmer. I would stack apples into a pyramid, water plants, sweep and mop the floors and take out the trash. Back then I did this for a mere $4.75 an hour.

My next gig was working at Boston Market where I would stay for 2 ½ years until I graduated high school. I went to a trade school for the culinary arts and baking. My chef instructor and I argued like father and irrepressible son but he saw talent in me and inspired me to follow it. I rose up in my selected vocation and graduated with awards.

During this time I also bounced around from a three star hotel to chain restaurants and worked private dinner parties. At this point most high school kids were staring at the ceiling trying to figure out what they wanted to do, while I now had 4 years of experience and education under my belt. I turned 18 and one week later, picked up my diploma.

My chef instructor suggested I go to Newbury College, so off to college I went. For the first two years, I lived and worked in the suburbs and commuted to Boston for school. Now I began to seek out four-star hotels and exclusive resorts in the area I lived in. I wanted to learn all aspects of the industry, so I worked as a houseman at a luxury hotel a couple days and cook the other days each week.

At the age of 20 I moved back to the city I was originally from, just outside of Boston. Now I was close to the action. My first job there was at a prestigious club on the 32nd floor of a skyscraper overlooking Boston’s Faneuil Hall. This was my first experience having “VIP” guests like Red Sox owner John Henry and Patriots owner Robert Kraft. This is also one of the most demanding line cook positions I have encountered to date.

I came in 1 ½ – 2 hours before my shift started to get my food prep ready. I worked the grill station; veal wrapped in bacon, sirloin sliced on the bias and standing up next to quenelles of half potato, half butter and green beans in the shape of a checker board. We are talking 2001. Cheesy, unhealthy food, that these days, I would call edible accessories. Putting things in your mouth that just look pretty is kind of like trying to stay warm while you climb Mt. Everest by wrapping yourself in one of Picasso’s paintings. Art is meant to be admired not ingested or perceived as a tool for our survival.

Over the next seven years, I followed the biggest chefs around town. I worked for little money to get up close and learn what they were doing. I learned traditional high-end cuisine in its many forms as well as technique, work ethic and a whole lot about an ego-driven kitchen culture.

The culture that I strongly identified with was, and still is, recognized as the norm.

Kitchen culture in a nutshell

Fast forward to my time in Miami Beach from 2009-2013. I went to South Beach to work, (because I had been laid off again) decided to take a leap of faith and try a new city. Within two weeks I landed a sous chef position in a hotel on the ocean where I would stay for the next 3 ½ years. For the first 5-6 months not much changed with my cooking style or how I was living.

I soon made friends with locals who were into fitness and eating healthy, some of them were vegan. Coming from a lower-middle class, rigid Boston background I’d never come across people like this but I was open-minded. I found myself in a tropical climate, sharing my life with people that are living the way I would like to live but don’t yet know how to get there.

My belief system, how I perceived my role as a chef and my thoughts about my own well-being needed to change completely. The ego, the out-dated food philosophy and my own insecurities were ‘slammed down on the table’ for a good hard look.

Rather than going for a run once a month and doing 20 pushups “occasionally” I joined a gym. This gym also had yoga classes. I started doing yoga, letting my friends teach me how to work out and took a look at what I was consuming. Two of my friends were doing a three-day raw fruit and vegetable cleanse so I decided, why not? Let’s give it a try.

During and soon after this cleanse is when I, for the first time, truly got in touch with my body; how it responds to foods and what it’s capabilities are. It was at this time that I could no longer just throw whatever was around into my mouth to stop the hunger pain I was feeling. This was the awakening of my body, mind and spirit.

I started educating myself. Forks Over Knives was in theatres shortly after this. This was the first time I had ever been exposed to this information and it resonated with me. I looked at this message and the statistics around obesity and sugar consumption and felt compelled to share it with everyone I knew. I began writing, watching documentaries like Weight of the Nation and taking notes. I went on WordPress and figured out how to create a blog and started publishing my new found knowledge. I would post them on my friend’s walls on Facebook. If I had your email, I was sending you blogs, sometimes a few times a month.

Then I was laid off from the hotel and decided to leave the industry to follow my new passion, cooking the food I wanted to cook and educating those around me. I moved in with a friend, minimized my expenses and let the universe guide me. It just felt like the right thing to do.

My new cooking philosophy would strangely lead me back to Boston. Through a new friend in Miami I was introduced to Tom Brady and Gisele Bündchen. They asked me to be move back to Boston to be their private chef. During this time, I fine-tuned my plant-based philosophy by taking the CNS Plant Based Nutrition Course and dove deeper into a meditation practice. I recently wrote the TB12 Nutrition Manual a compilation of 89 seasonally inspired recipes originally created for clients of Tom’s sports therapy center to support their nutrition plan. It has since gone viral and is currently sold out.

Now, I am back to fulfilling my passion full time; building a brand with a primary focus, to impact the lives and eating habits of people. I plan to do this through food products, food concepts as well as educational workshops and public speaking.

And I am working on recipe development for an exciting new cookbook in collaboration with author Julie Loria and Major League Baseball (MLB). Eating well has become the new narrative around the league. Julie’s forthcoming cookbook will reveal how today’s top MLB superstars nourish their bodies through healthy eating. Due out in 2017, the cookbook will include 80 recipes, lifestyle tips and interviews.

Closer to home, I plan to disrupt the antiquated food industry starting with Boston. I believe through educating our future generations and providing proper nutrition in all food choices in our day-to-day lives, we can get a grip on human health and the overall health of our planet.