Join now
Topics » Nutrition Science » Unpacking the Science of Lectins – Are They Good or Bad? 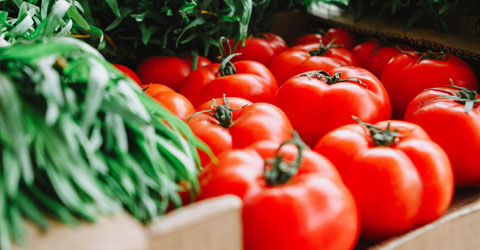 Unpacking the Science of Lectins – Are They Good or Bad?

Discussions in the continuing debate over the effects of dietary lectins often lack details regarding what these proteins are and how they work. Taking a closer look at the functions of lectins will shed some light on why they’re so prevalent in living things and what purpose they serve in the human body.

Lectins are found in just about all plant and animal foods in various amounts. However, the controversy surrounding lectins seems to be focused mainly on plant lectins, with conflicting opinions being voiced by experts across a variety of dietary paradigms.

If you were to look at a lectin up close, it may not seem like something worthy of sparking such a raging debate. The three-dimensional structure is made up of a series of subunits, each of which includes a carbohydrate-binding site made up of amino acids. Binding sites appear to have different functions, possibly dictated by which amino acids are present.[1] Some lectins have carbohydrates attached to their structures and are known as glycoproteins, “glyco” indicating a sugar or sugar-containing substance.[2]

Some studies show consumption of lectins may be beneficial in several ways.

Lectins differ in structure and may contain one chain or two with hydrophobic (water repelling) sites creating spaces throughout the molecule. They’re classified by their amino acid sequences or specific biochemical properties, such as whether a certain metal ion is inherent in the structure.[3]

Collectively, lectins are responsible for functions such as:

Several of these functions are explored in detail below.

Due to their structure, lectins bind preferentially to carbohydrates. The proteins are often categorized based on the types of carbohydrates involved in these interactions[4] and are therefore known as “specific carbohydrate-binding proteins.” The specificity of these bindings affects the types of actions performed by different categories of lectins.

It’s believed lectins facilitate communication between cells by creating links between carbohydrate structures on cellular surfaces, allowing cells to exchange information about themselves and their surrounding environments and make adjustments in response to what they “learn.”[5] Some bacteria and viruses may also benefit from the binding action of lectins when attaching to and colonizing host cells.[6] Carbohydrate bonds involved in these actions are weak and usually reversible.

In Defense of Plants?

Research on plants shows damage appears to stimulate an increase in lectin production, suggesting lectins play a role in the innate immune systems of plant life.[7] It’s believed the ability of lectins to facilitate signaling between cells may be beneficial when plants need to mount defenses against predation, disease, or other attacks. The binding properties of these proteins could be responsible for causing toxicity to pathogens and pests by making it difficult for them to take up nutrients or synthesize essential proteins. Lectins may also help plants recognize attackers and respond appropriately to prevent further damage.

Whether lectins’ role in inflammation is beneficial or detrimental is part of the debate surrounding these compounds. One specific group of lectins called selectins helps immune cells such as leukocytes bind to injury sites in the body by allowing the initial attachments and facilitating the movement of these cells along the damaged tissue. Different types of injuries stimulate the release of different selectins to aid in specific healing actions.[8]

Hemagglutinin and agglutinin are types of glycoprotein lectins with the function of promoting cell clumping. Hemagglutinin stimulates the coagulation of blood cells and is commonly used in blood typing. These lectins may also play a role in platelet binding when blood clots are formed or aid in the aggregation of immune compounds during immune responses.[9]

Certain properties of these lectins suggest therapeutic benefits for certain diseases involving malignant cells. In these cases, the binding properties of lectins appear to cause cytotoxicity and promote apoptosis (cell death) in diseased cells with little or no effect on nearby healthy cells.[10]

Do these properties make lectins good or bad? Some studies show consumption of lectins may be beneficial in several ways. Understanding the evidence presented in research and the potential positive effects of lectin consumption is important when making decisions about how to structure your diet.

In the next installment in this series, we’ll go more in depth on the benefits of lectins. Learn more about lectins from the previous article in this series: