Topics » Nutrition Science » What Are Lectins? A Look at This Controversial Protein 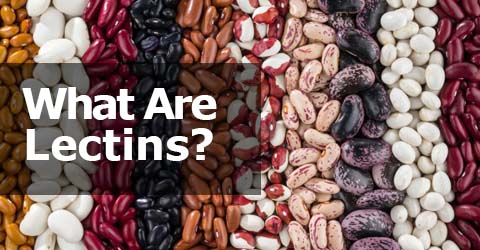 Lectins are all the rage—or are they? Brought to the public’s attention by Dr. Steven Gundry in his 2017 book, The Plant Paradox, and subsequently demonized by dieters and promoters of lectin-free health regimens, lectins represent the latest point of contention in the ongoing debate among the American public over which foods are truly healthy.

What Is a Lectin?

The word “lectin” comes from the Latin legere, meaning “to select,” and describes a range of carbohydrate-binding proteins present in just about every living thing. Various types of lectins have different functions in the body. These functions are similar to those of enzymes, although lectins have a unique structure.

In the plant kingdom, the most common types of lectins include:

Lectins are also present in animal-based foods in varying amounts, with the highest concentrations appearing in dairy products.[1]

What Do Lectins Do?

Like all proteins, lectins have specific effects within the bodies of plants and animals. Known as specific carbohydrate-binding proteins, lectins are thought to aid in cell-to-cell contact and communication by binding to carbohydrate structures on cell surfaces.[2] These bindings allow cells to “talk” to each other and can be linked and unlinked as necessary. This type of linking occurs throughout the body, including in the gut, which is the focus of much of the discussion regarding potential problems with lectin consumption. Interestingly, humans can’t digest lectins, and they travel through the gut unchanged, similar to how some types of fiber escape digestion but have other uses in the body.

Whenever a controversy arises surrounding health and nutrition, the only way to wade through the sensationalism is to take an objective look at both sides of the issue.

Plants appear to use lectins as a form of defense against natural predators. Some lectins are produced in response to specific stressors, including pathogenic attacks.[3] This may be why certain lectins, such as the phytohaemagglutinin found in raw kidney beans, can cause serious digestive upset when consumed without cooking.[4] Other lectins bind with the chitin proteins found in the cell walls of fungi and certain bacteria, as well as in the exoskeletons of insects. The successful spread of seeds could also be attributed, at least in part, to lectin activity allowing seed structures to pass through the digestive tracts of animals intact.

Where Are Lectins Most Abundant?

Lectin concentrations vary across the plant and animal kingdoms, but the highest amounts are found in plant seeds like beans and grains, often concentrated in the part of the seed that becomes the leaves of the plant as it grows.[5] Lectins are also abundant in vegetables, particularly those in the nightshade family. Within these categories, major sources of lectins include:[6]

Many of these foods are staples in whole food, plant-based diets but are sometimes cited as being dangerous or unhealthy by proponents of the lectin-free diet fad.

Whenever a controversy arises surrounding health and nutrition, the only way to wade through the sensationalism is to take an objective look at both sides of the issue. Now that you know what lectins are and a bit about what they do, the next step is to explore the specifics of how these proteins function in the body, their benefits and any potential negatives associated with consuming them.

By the end of this article series you will be able to make an informed decision regarding lectin-containing foods and their place in a balanced plant-based diet.

‘The Plant Paradox’ by Steven Gundry...

What Are Pulses and Why Are They Important?