Topics » Nutrition Science » What Is the Ketogenic Diet? 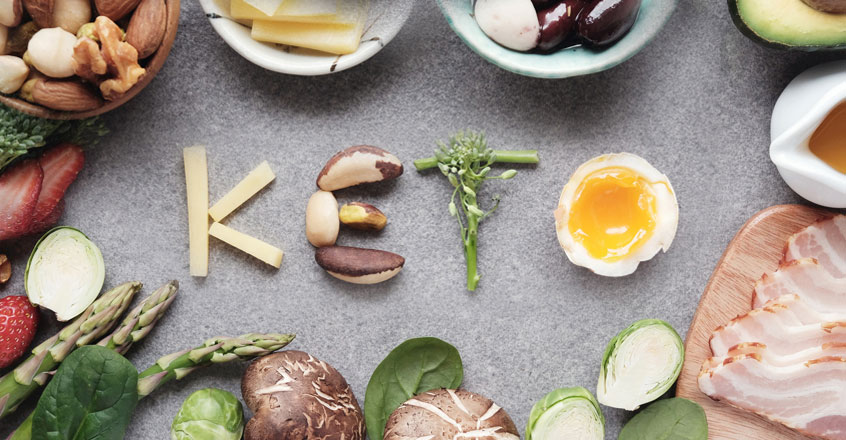 Over the last five years, the ketogenic diet has become the latest low-carb diet fad and it seems to be everywhere. I’m now being bombarded on an almost daily basis by clients asking about the “keto diet” and the various forms of fasting that are promoted by its proponents.

I’m going to answer all of these questions in a series of articles. In this first article, I’ll start with the basics:

The ketogenic diet is an eating pattern in which carbohydrate intake (our body’s preferred source of energy) is severely restricted, protein intake is moderately restricted, and fats provide the vast majority of daily calories. Most people go on ketogenic diets because it helps to lose weight, and more specifically, body fat, but at what price?

Why Was It Developed?

It was developed in 1924 by Dr. Russell Wilder at the Mayo Clinic, a major US teaching hospital, as a treatment for refractory epilepsy (seizures that can’t be controlled by medication) in children. Drawing on earlier research which showed that fasting was an effective treatment for seizure disorders[1], Wilder proposed that ketone bodies induced by the fasting state had an anticonvulsant effect.

The problem, of course, is that fasting cannot be carried out indefinitely or starvation and death will result. Moreover, children have a very limited ability to fast due to their rapid growth rates and high energy needs.

Wilder discovered that severely restricting carbohydrate intake and limiting protein intake, while having fats contribute the majority of daily calories, also lead to a rise in ketone bodies and a corresponding drop in blood glucose levels–the state known as ketosis.

The short-term side effects of ketogenic diets included diarrhoea, constipation and vomiting.

The diet devised by Wilder (now known as the ‘classic ketogenic diet’ due to the proliferation of variants of it) drew 90% of calories from fat, 6% from protein, and 4% from carbohydrate. While it is extremely effective for some children, a 2018 Cochrane review[2] (the gold standard to assess medical interventions’ effectiveness) could only locate 11 ketogenic diet randomised controlled trials (RCTs) aimed at epileptic patients. They just involved 778 individuals in the nearly 100 years since the diet was developed and only one RCT enrolled adult epileptics. The Cochrane reviewers concluded:

The short-term side effects of ketogenic diets included diarrhoea, constipation and vomiting. Long-term effects are unknown from these studies. All studies reported participants dropping out, due to lack of improvement in seizures and poor tolerance of the diet…

The studies included in this review were limited by small numbers of participants and only children were included in 10 of the 11 studies, therefore, we judged the quality of the evidence to be low to very low.

There is little research at present into the use of these diets in adults, therefore, more research is required in this area.

What Are Ketone Bodies and What Role Do They Play in Our Metabolism During Fasting?

Ketone bodies are a group of substances (beta-hydroxybutyric acid, acetoacetic acid, and acetone) that are produced in large quantities during starvation induced ketosis.

Before explaining how ketone bodies relate to fat loss, let’s start with a quick overview of human metabolism, and how it changes during fasting.

Glucose is derived from the breakdown of carbohydrates and it is the primary and preferred fuel for most of the cells in our bodies.[3] Our brain, red blood cells, skin cells, and parts of our kidneys are especially dependent on it. In fact, an adult’s brain consumes about 120 g of glucose daily, accounting for around 60% of the entire body’s glucose utilisation at rest.[4] When we eat a carbohydrate-containing meal, glucose is absorbed into the bloodstream, causing the pancreas to release the hormone insulin. This hormone allows our cells to take in glucose and use it as fuel. Insulin is also required for the absorption of amino acids into cells for the production of proteins such as muscle proteins, digestive and metabolic enzymes, neurotransmitters, and certain hormones. It is the primary anabolic (body-building) hormone.

Protein is a valuable and limited commodity in our bodies and losing one third to one half of it can result in death.

Our liver and muscles are able to turn any surplus glucose into glycogen for short-term energy storage. In between meals, the liver breaks down glycogen into glucose again (glycogenolysis), and releases it into the bloodstream to ensure that all our cells have a constant supply of fuel. Ketone bodies come into play when we spend 18-24 hours without eating. Then the liver’s glycogen stores become depleted and it directs other tissues to switch to alternative fuels to maintain a steady blood sugar level and sustain our glucose-hungry brain. This process is called gluconeogenesis and its raw materials are:

However, the brain cannot run on ketone bodies alone; it still requires a small amount of glucose (30 g per day) which comes from ongoing gluconeogenesis from protein breakdown and glycerol. But after 5-7 days of complete abstinence from food (sooner in women, later in men), ketone body production reaches a point at which it is able to meet most of the brain’s need for energy. By 10 days into the fast, gluconeogenesis declines and protein breakdown drops to 50-100 g per day. This way switching to ketosis allows the body to maintain the brain while sparing vital proteins.

The take-home points if you are considering fasting to lose weight, are that:

In subsequent installments in this article series, we will look at some of the most popular myths about the role that ketosis has played in human evolution, the differences between fasting and ketogenic diets, the evidence for ketogenic diets as aids to weight loss, and the long term complications this type of diet can cause. In the next article we will specifically tackle the following questions:

Selling Fat: The Recipe for A Low-Carb Diet Book