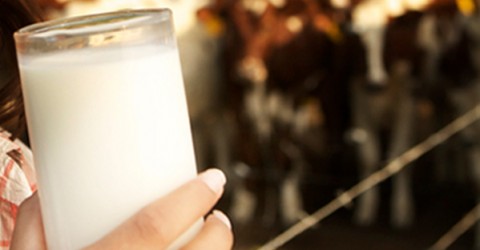 On June 28, 2005, the Physician’s Committee for Responsible Medicine (PCRM) invited me to present my views on dairy and health at their news conference announcing their lawsuit against several leading dairy industries that were making false claims about the alleged ability of cow’s milk consumption to reduce obesity in children. PCRM staff presented their position paper and Dr. Amy Lanou, Nutrition Director, summarized the principal scientific evidence supporting their lawsuit. Because Dr. Lanou’s summary was well stated, I chose to present two additional ideas, including (1) the broader effects of dairy on other health outcomes and (2) the frightening influence of the dairy industry on the diet and health research and policy communities.

I prepared the following comments only to guide my own thinking; this was not distributed to anyone else at the conference. Although the PCRM did a superb job in organizing the conference and presenting their evidence, I was (once again) reminded of the shallowness of media interest in diet and health matters. Most of the questions asked by the reporters were concerned with issues that I considered non-substantive: how PCRM obtained their information, who funded them, etc. I was disappointed that virtually no questions went to the supporting evidence on the health effects of dairy, either on obesity or on other health outcomes. So, here are my ‘background comments’ (all squeezed, ad lib, into about 5 minutes).

There are few if any health topics that are more contentious and personally sensitive than the question of the health benefits and risks of cow’s milk and its products. Objective design of research studies and rational interpretation of the evidence are secondary to personal agendas, professional biases and marketplace forces. Thus, I need to explain my own background.

I was raised on a dairy farm milking cows until my graduate student days in nutrition at Cornell University. For my doctoral research I investigated, in effect, how to make the production of milk, meat and especially animal protein more efficient. Later, it was on to Virginia Tech’s Department of Biochemistry and Nutrition and my coordination of a State Department funded project designed to organize a nationwide program of improving the health of malnourished children in the Philippines, especially to insure a good source of protein, preferably ‘high quality’ animal based protein.

But I was greeted with a surprise. The few people who were consuming protein-rich diets were more susceptible to primary liver cancer. At about this same time, an experimental animal (rat) study from India showed the same effect. My associates and I then embarked on a basic research program to investigate this surprising effect of protein feeding on cancer development. Supported entirely by public money–mostly from NIH–we explored in depth over the next 27 years various characteristics of this association. We needed to confirm this observation then determine how it worked. We did both. The results were profoundly convincing and, along the way, they illustrated several fundamental nutrition and cancer principles.

However, I question studies that are focused on single agents and single events because they are usually missing the larger context. Thus, we sought that larger context within which casein, perhaps animal protein in general, relates to human health. An opportunity arose for us to conduct such a study among human subjects in rural China where various cancers were geographically localized and where diets contained relatively small but varied amounts of animal based foods. In seeking this larger context in this nationwide study, we learned – from multiple perspectives – that relatively small amounts of animal based foods (and/or the lack of whole plant based foods) nutritionally conspire to cause degenerative diseases like cancer, cardiovascular and other diseases commonly found in the United States and other highly industrialized countries.

This years-long experimental research experience – from the laboratory to the human studies – was combined with my co-authorship of several expert panel reports on significant diet and health issues. These experiences eventually led me to a view about diet and nutrition that is substantially different from that which I began my research career, especially in respect to my personal and professional love affair with cow’s milk and its products.

On the question of the association of cow’s milk with obesity, I agree with the excellent review prepared by Dr. Amy Lanou and the petition presented by the Physician’s Committee for Responsible Medicine. I have little further to add.

However, I wish to pose a related, perhaps even more significant, issue. Even if we were to accept the hypothesis that dairy reduces obesity (which I do not), it would be an effect that is inconsistent with the numerous other adverse effects promoted by this food. I arrive at this conclusion both because of research findings from my own laboratory and from the publications of many other researchers, some evidence of which is decades old.

Each of these adverse effects is based on studies representing a variety of evidence, some of which shows how dairy food produces these effects. These adverse effects include serious outcomes like increased blood cholesterol and its companion, atherosclerosis, increased cancer development, increased insulin dependent type I diabetes, and increased risk for osteoporosis. Then there are the less life threatening but nonetheless nettlesome problems like lactose intolerance and intestinal distress, teenage acne, migraine headaches, kidney stones and cataracts.

Especially remarkable, in my view, are the multiple but highly integrated biochemical mechanisms that underlie most or even all of these effects. They include the increased activity of growth factors and compensatory cell replication, metabolic acidosis and its impact on key enzyme reactions, hormonal imbalances, and adverse effects on immune system components. Many of these reactions are shared by other animal-based foods although some may be more specific for dairy, per se.

More troublesome, however, is the way in which most of this exceptionally compelling evidence has been hidden from public view and, further, the way in which research findings favoring dairy consumption is so often funded by the dairy industry. It has become more difficult these days to know which scientists are conflicted and which are not. When legal proceedings are required to reveal such conflicts, something is tragically wrong with our scientific research enterprise.

Even more fundamentally, I question the basic assumptions that are used to construct research studies themselves. Too often, we rely on narrowly focused hypotheses that are concerned with specific outcomes and specific events. These findings represent short-term and un-sustained responses that ignore the larger context. This highly reductionist research is not consistent with the concept of nutrition; it is more akin to pharmacology.

Largely using reductionist and specious research rationale, industry interests have corrupted, in my opinion, the scientific research enterprise at a most fundamental level. During my career, I have observed a trend toward more, not less of this industry interference. We know well industry’s motivation; they must make money for their shareholders and this is part of our system. But more troubling is the relatively hidden activity of a few academic charlatans with industry ties who participate in and even organize policy development activities. Invited to chair these policy committees, they also help to select committee members and to set agendas for discussion. This must be changed. At a minimum, individuals with such close ties to industry, either personally or professionally, should be barred from chairing and organizing so-called expert panels. It would be far more preferable to choose other professionals “even from outside of the food and nutrition communities” to chair these panels.

In conclusion, I therefore suggest that, although the dairy industry claims that milk consumption reduces obesity are excessive and unwarranted, we must not lose sight of the even larger context surrounding this food. It is well past time that serious discussion be given to all of the adverse – and biologically interconnected – effects of this food.

How to encourage children to adopt a whole-food,...