Topics » How To » Diet and the Common Cold 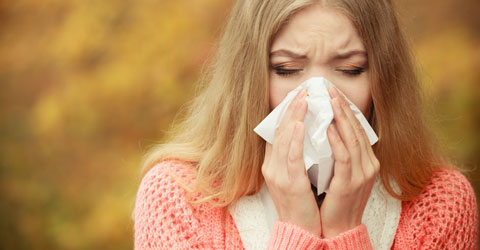 Diet and the Common Cold

Have you ever heard someone say, “I haven’t had a cold in [insert large number] years since changing my diet!” Have you said this before? If you travel to events with groups of people following any particular diet, you are likely to hear the claim that since following the diet, they have not gotten any of their formerly common ailments. No colds, no flus, not hardly anything! I know I have heard this experience described many times from people following an exclusively plant-based diet and I suspect it’s not an uncommon claim among other groups. Perhaps the ‘primal’ or paleo diet groups or the low-carb diet groups also feel improved immunity? But is there evidence beyond the impressions that changing your diet means no more colds?

Unfortunately, I still have gotten a cold here and there and the rare short-term fever over the past few years. I haven’t been exactly living the normal life, though. I have been spending most of my time with acutely ill people breathing and coughing on me and my sleep patterns had been, at times, grossly inappropriate when I was in medical training. But despite my good excuses I admit to being a little envious of those who never get sick. Do I need to eat better?

Surprisingly, it is difficult to find a compelling weight of evidence showing that any particular dietary pattern clearly prevents or reduces the severity of upper respiratory infections. I don’t mean to totally discount anecdotal evidence or suggest that diet has no effect, it just seems that there just hasn’t been much research conducted on this particular question.

Historically this question was within the realm of international nutrition, when malnutrition (due to severely limited food resources) was found to significantly increase the risk of infection[1]. During that time, the focus was on macronutrient and micronutrient deficiencies along with serious caloric deficiency and poor public sanitation, and it remains that way today. Many of the studies and reviews on the topic have focused on vitamin A, zinc, and vitamin C in the context of supplementation; using the nutrients in an unnatural way, essentially as pharmaceutical medications, to affect health outcomes.

That doesn’t mean there haven’t been some interesting findings along with some indirect evidence that diet matters. Back in 1966, one physician published a case series[2] in the Journal of American Medical Association documenting the complete cure for a group of children and their family members who had suffered with chronic recurring colds, congestion, and bronchitis. His intervention? The elimination of cow’s milk and milk based products. In a large group of Sudanese children, researchers found that those with the highest intake of both green leafy vegetables and non-leafy vegetables had about 25-45% lower risk of experiencing diarrhea, cough with fever, or measles[3]. Results were adjusted for socioeconomic factors and overall nutritional status. As a side note, those with higher intake of the veggies actually were more likely to report cough alone (without fever), a finding at odds with the otherwise lower rates of infection.

We certainly know that lifestyle in general plays a major role in immune function. Those people who are overweight have a suboptimal reaction to the flu vaccine[4] and are more likely to have complications[5] from the flu when they get it. Obesity also increases the risk of a variety of skin infections[6]. Regarding specific dietary components, isoflavones and related plant chemicals (commonly recognized as components of soy foods but present in other plant foods) have been shown to be able to combat viruses in a variety of different models using many different viruses[7]. Interestingly, consistent with the principles discussed in my Dad’s (Dr. T. Colin Campbell) research on diet and cancer, there appear to be a multitude of specific mechanisms by which these nutrients fight viruses[7].

So we put it all together and what do we get? There certainly continue to be anecdotal reports of fewer viral infections while eating a healthy diet and there are many indirect bits of evidence to suggest that diet matters a great deal. In addition, from well done clinical studies we know that sleep[8] and stress[9] make a real difference in whether or not we successfully fend off viruses. As we get through the next “Arctic Blast” (the description of recent weather in the northeastern U.S.), do these things to fight the chances of getting knocked out by a common virus:

There is a world of nutrient supplements and herbal products out there as well, but those are beyond the scope of this review. I am certainly not aware of any good evidence for magic bullets from the unnatural approach that you MUST know, though, despite the wild claims in popular media. Use whole foods and generally healthy lifestyle choices as the pillars for any approach you take. Who knows? Maybe you too will be able to say you’ve been cold-free for years!