Topics » Nutrition Science » A Health Disaster in the Making 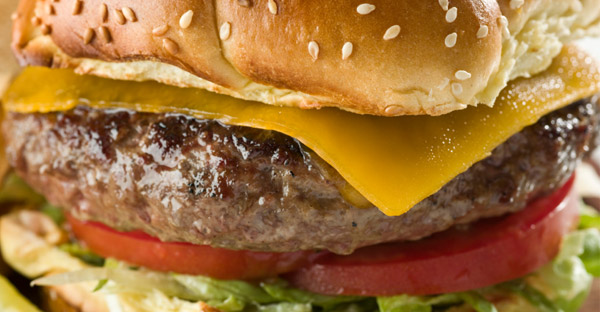 A Health Disaster in the Making

In 2002, the Food and Nutrition Board (FNB) of the National Academy of Sciences (NAS) released their most recent recommended nutrient intakes.

Since 1943, the FNB has been telling us how much of each nutrient to consume, in the form of the Recommended Daily Allowances (RDAs). This Board, and its companion Dietary Guidelines Committee of the United States Department of Agriculture (USDA) that translates the FNB recommendations into practical food guides, create what is generally known as national nutrition policy. The influence and responsibility of these two panels is omnipotent and awesome. Numerous government-supported programs use these recommendations, including the school lunch program, the Women, Infants and Children (WIC) program, and Medicare-reimbursed meals for hospitals and nursing homes.

Having been a member of several diet and health policy-making expert panels over a 20-year period, until 1997, I harbored the naive view that these panels were dedicated to the promotion of consumer health. I no longer believe this.

This report makes clear that the food and health practices that have brought us so much illness in recent decades will remain intact, perhaps even made worse. Two of three Americans are overweight and ‘adult-onset’ diabetes is now attacking our children. The long-time high rates of various cancers and cardiovascular diseases remain mostly impervious to change. We’re paying increasing amounts of money – lot’s more – and getting less. An even faster food nation awaits us, to paraphrase Eric Schlosser’s book.

In this most recent FNB report, we see some brand new recommendations, especially for the macronutrients (protein, carbohydrates, fat) that supply our calories. Instead of recommending nutrient intakes that are based on single RDA numbers as in past reports, this new report allows for ranges of intake that are said to “meet the body’s daily nutritional needs while minimizing the risk for chronic disease”. The main conclusions are highlighted in the executive summary and news release. “Adults should consume 45 to 65 percent of their total calories from carbohydrates, 20 to 35 percent from fat [up to 40% for children], and 10 to 35 percent from protein.” The report also says that we can consume up to 25% of our energy from added sugars found in sweets, pastries and soft drinks. Expressing optimal nutrient intakes as ranges is certainly more informative and realistic than were the single-number RDAs of past reports. But defining and setting these boundaries must be based on a careful and complete review of the evidence.

Let’s consider the case for protein, which symbolizes our preferences for food more than any other single nutrient group. The lower limit of 10% dietary protein is equivalent to the RDA of previous reports, first published in 1943. Indeed, this quantity is already above the theoretical requirements of almost all people. Professor Henry Sherman of Columbia University was largely instrumental in establishing this recommendation, based on a 1920 summary of about 100 subjects. He suggested that about 8% of dietary calories was enough but offered that for those “whose temperaments lean toward a higher protein intake”, a range of 10-15% might be in order.

However, because we practically worship protein-rich foods, the vast majority of us have decided to ‘pig out’ within the range of 11-22% dietary protein, with most of this extra protein coming from animal based foods. But we do so at considerable health risk, partly due to the excess protein itself and partly due to the kinds of foods that mainly provide such a high protein intake. Only a very few of us consume diets as high as 22% protein, generally for ‘pumping iron’.

Now, we are to understand the astounding conclusion that consuming diets as high as 35% protein(!) lies within a range of “minimizing the risk for chronic disease”. The disease-promoting implications of this new recommendation are staggering. There is voluminous evidence showing that consuming diets ‘only’ as high as 20-22% protein increases the risk of many serious diseases. But the FNB committee says that we can go to an even higher level of 35%, without ill effect.

Increasing animal-based protein consumption up to dietary levels well below 35% associates with higher blood cholesterol levels and more atherosclerotic plaque (even more than saturated fat), greater risk of cancer (caused by multiple mechanisms), greater bone loss of calcium and higher risk of osteoporosis, greater risk of Alzheimer’s disease, and greater formation of kidney stones, to name just a few chronic diseases that the FNB committee mysteriously ignores or claims to remain unaffected by this high protein intake. These ignored findings are not the results of a few isolated experiments. In most cases, they represent a summary of multiple studies, some of which are even many decades old.

This report makes other macronutrient recommendations that are equally troublesome. It is said, for example, that we can safely consume up to 25% of our daily energy as added sugars, meaning candies, soft drinks, sweetened food products and pastries, some products of which are also loaded with added fat. The committee acknowledges that obesity has become a health problem of great concern but then disingenuously blames ‘high carbohydrate’ diets for the problem. Like certain popular diet book authors, they err in this view because they fail to distinguish between the health benefits of complex carbohydrates (e.g., whole grain products), which were previously recommended, and the health problems of refined sugars and starches (e.g., sweets, pastries and refined flour pastas), which were never recommended by previous reports.

The FNB report also lifts the lid on dietary fat. Previous reports recommended keeping dietary fat under 30% but this recent report now says that we can go up to 35%, even up to 40% for children.

Groups who use this report will be encouraged to consume the same diet of sugar and starch type carbohydrates and high fat and animal-based protein foods now making us fat and fertilizing the growth of our chronic diseases. Admittedly, past recommendations have not stemmed the rising tide of chronic degenerative diseases during the past few decades. But these recommendations, themselves, were lukewarm, partly because of a perception of insufficient evidence and partly because of a timidity of confronting a growing food industry offering up a buffet of protein-rich, fat-rich, processed foods. We now have overwhelming evidence to show that a plant-based diet of whole foods, low in fat and protein and high in complex carbohydrates (but not in refined carbohydrates!), is associated with substantially lower rates of these diseases. Furthermore, we also now have substantial information on how these foods produce their biological benefits.

I take no comfort in discovering a very troubling corporate influence in the making of this report. For example, the Chair of the sub-committee responsible for setting the upper limits for these macronutrients departed the panel before its conclusion for an executive position with the world’s largest food company who will find these goodies especially tasty for their bottom line. His replacement was someone who openly acknowledges that he knows very little about nutrition, as this has not been his field. The FNB Chairman, who helped select panel members, is a well-known associate of the dairy industry. During his chairmanship of the companion Dietary Guidelines Committee, his industry ties regrettably became known only through court-enforced legal action. I also find it troubling that this report received funding from food and drug companies who will find its contents especially tasty.

I do not recall such egregious conflicts of interest during my tenure with such advisory panels. It is time that advisory panels and their parent organizations who develop diet and health policy take more responsibility of fully revealing all potential conflicts of interest. Further, I would urge that they consider disallowing researchers with serious conflicts from holding leadership positions on these panels. The public deserves far more than they are getting from this very important report.