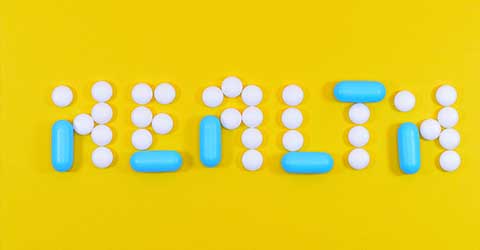 In our article on the cost of malnutrition, we saw that chronic diseases linked to malnutrition are bankrupting both individuals and society as a whole, as well as inflicting a heavy but preventable death toll.

It’s no surprise that these runaway healthcare costs are at the center of many public, professional, and political debates. What’s more surprising is what we don’t hear about when we tune in to these healthcare debates. Namely, we don’t hear about permanently reducing these costs and preventing these deaths by addressing the root causes of most chronic disease—by addressing the lifestyle conditions that give rise to disease, especially by improving nutrition. Instead, the constant focus is on how we might distribute those costs; the role (if any) of private health insurance; inadequate access to care; how we might negotiate with drug companies; and more.

We have reached a point when most American adults (55 percent of those surveyed) regularly use prescription drugs.

These topics are, to varying degrees, important and worthwhile, but they also largely miss the point. If ours was a functional system that truly prioritized health care, it would be much easier to deal with many of the commonly debated challenges. Improved nutrition would be, at a minimum, a top priority (we believe it would be the number one priority). Unfortunately, this is not the system that currently exists. Instead, we have a disease response system. There are many features worth discussing in this system, but in this article we will focus on perhaps two of the most dominant features:

# 1 Technology in the Disease Response System

The “health care” system today seems to view the human body as a machine, and when the machine malfunctions, no matter how systemic that malfunctioning may be, it is the machine’s components first and foremost that the system seeks to treat. Different treatment protocols are assigned to different components of the machine, and issues are dealt with on a case–by–case basis by highly targeted, invasive procedures, pills, or a combination of both.

The pharmaceutical protocol in particular—the creation of drugs—is a patently (and heavily patented) technological strategy. It targets predetermined challenges (e.g., how can we create a drug that targets high cholesterol, hypertension, etc.) by manufacturing highly “precise” solutions, regardless of where those challenges come from or what side effects might result. Patients are assigned one pill for a particular ailment, possibly another to deal with the side effects of the first, a third to deal with a separate issue not targeted by either of the first two, and on and on, eventually resulting in what are commonly referred to as drug cocktails or polypharmacy.[1]

According to one ScienceDaily article[2]
that discusses a new model developed by the Weizmann Institute of Science for comparing drug combinations, “the fine art of mixing drug cocktails is incredibly complicated,” but when done right, this process offers great promise for “personalized medicine”; the article goes on to discuss “optimal blends… even when a large number of ingredients is called for” (emphases added)

Patients are assigned one pill for a particular ailment, possibly another to deal with the side effects of the first, a third to deal with a separate issue not targeted by either of the first two, and on and on…

But no matter how fanciful the language used to describe the various versions of “personalized medicine” may be, its purpose is distant from the purpose of fine art and cooking. Its goal is the same as for any other pharmaceutical protocol: it responds to disease. It does so by applying a technological understanding of the human body while adding a seemingly sophisticated twist—it says that your type II diabetes is different from my type II diabetes, much less my coronary heart disease. Why? Because each of us is dealing with a distinct genetic profile, either innate or adapted, and so each of our drug cocktails must be optimally designed to fit our particular needs, even for the same diagnoses. Just as you would not typically “repair” an electric vehicle by retrofitting it with a turbo charged eight-cylinder engine, you would not treat Alzheimer’s disease with chemotherapy agents meant for cancer (and for good reason—cognitive impairment is one of the commonly reported side effects that results from chemotherapy).[3]

But what if we weren’t cars after all? What if the food we eat every day (or don’t eat every day) could prevent and reverse coronary heart disease;[4][5][6][7] what if numerous large-scale population studies[8][9][10][11][12][13][14] established an association between the food we eat and cancer and other diseases, and numerous experimental animal studies[15][16][17][18][19][20][21][22][23][24][25] shed light on the many mechanisms by which that association operates; and what if there existed broad agreement, even in the nutrition-negligent medical community, that other costly diseases could be prevented and even treated by nutrition? Would it still make sense to emphasize technological solutions above all else?

A recent survey reported on by WebMD suggests that the “health care” system’s reliance on technology is only growing.[26] It cites an 85 percent increase in total prescriptions filled for American adults from 1997 to 2016. We have reached a point when most American adults (55 percent of those surveyed) regularly use prescription drugs.

If this approach was merely ineffective, it would be a cause for concern, but the truth is even worse: it is often downright dangerous. According to the same survey, “more than a third of [those taking prescription drugs] say no provider has reviewed their medicines to see if all are necessary,” increasing the risk of adverse effects. According to a Donald Light, PhD, at the Safra Center for Ethics at Harvard, “the FDA does not acknowledge” the fact that prescription drugs are “a major health risk” and the fourth leading cause of death, killing more than 100,000 Americans every year,[27] although other estimates have indicated it may be as high as 440,000 deaths per year. He goes on to say that for every adverse drug reaction that results in hospitalization, 29 more cases of adverse drug reactions occur. 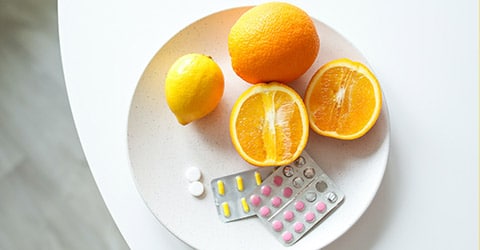 If you think this pattern will be easy to overcome, consider this: revenue from the global pharmaceutical market in 2019 totaled $1.25 trillion,[28] more than the government budgets of all but five countries in the world.[29] The sad fact is that the current approach is not only often ineffective and hazardous; it is also tremendously profitable, and so difficult to challenge.

Make no mistake—a high functioning health care system does not preclude the use of technology. Technology often can and does serve a critical role. But in the case of chronic diseases like heart disease and cancer, we would do well to consider the alternatives. These diseases are caused by unnatural, albeit popular, diets more than anything else. To treat them by technology alone, without addressing those diets, is no way to emphasize health care.

In addition to the technocentric character of the “healthcare” system described above is the fact that it is almost entirely reactive, rather than proactive. As we have just been describing, pills and procedures are suited to reacting to disease but not to preventing the conditions that give rise to disease.

The same can be said for medical specialization in general: by focusing on ever–more–distinct categories of disease and disease response, the “healthcare” system’s specialized health professionals are less prepared to understand, much less address, the systemic conditions that give rise to disease. Each professional is increasingly focused on responding to disease outcomes affecting their particular part of the human machine, rather than preventing disease from entering the entire system.

This is not a critique of medical professionals as individuals, but of the system that limits them. If anything, they should be among the first and strongest advocates for a new approach to health care. The current system puts many of them in the impossible position of trying to promote “health” well past the point of disease’s takeover. They are the face of “healthcare,” asked to intervene when called on, but are limited in their ability to proactively establish the conditions that support true health.

Their system—not “health care,” but disease response—puts them at a great disadvantage, and for what? How effective is this disease response system anyway? In part two, we will take a closer look at trends in how our society’s health has changed as a result of the current system.

This article is part of a new series on The Future of Nutrition: An Insider’s Look at the Science, Why We Keep Getting It Wrong, and How to Start Getting It Right by T. Colin Campbell, PhD, (with Nelson Disla) released December 2020. We will preview selected topics and themes central to the book, as well as taking a deeper dive into subjects that did not make it into the book.

Is it Time to Quit the “War on Cancer”?
How Much Does Malnutrition Really Cost?