Topics » Nutrition Science » The Protein Puzzle: Picking up the Pieces 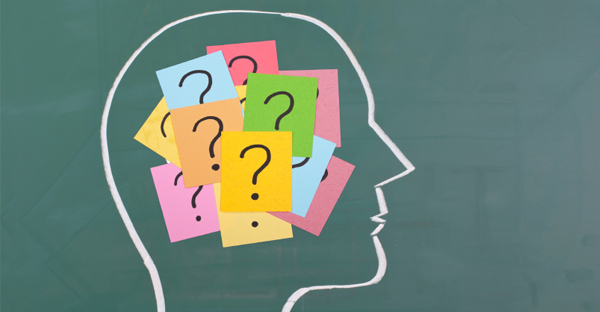 The Protein Puzzle: Picking up the Pieces

There’s a common myth among both scientists and non-scientists that people of underdeveloped countries are small simply because they don’t eat enough meat. If they ate more meat, they would be big and strong like us. But this is not what we found from our China Project research. On the contrary, these people can become bigger not by adopting Western dietary habits but by increasing the quantity, variety, and quality of their traditionally consumed plant foods.

In our study in rural China, we found that between 1953 and 1982, males increased their height an average 3.2 centimeters per decade. What astounded us about these figures was that during the same time, male height in Japan increased by about the same amount, allegedly because Japanese eating habits were rapidly becoming more like those of the U.S. But in rural China, where people are quite isolated from Westernization, we could find no such correlation.

Obviously, the answer is not for Third World countries to “Westernize” their diets by adding more animal foods, at the risk of inheriting our high cancer and heart disease rates, but rather they should retain their traditional diets while simultaneously improving their hygiene. In certain areas of China less than 3% of the population under 65 years of age will die from cancer, but the so-called “diseases of poverty” pneumonia, tuberculosis, and other infectious diseases take many lives. When diets are plant-based, yet lack sufficient variety or quantity, the diseases of poverty remain prevalent. While developed countries have mostly conquered these diseases, unfortunately, the “diseases of affluence” (degenerative diseases such as colon, lung, and breast cancers, diabetes, and coronary heart disease) have become the new killers. And in this case, too much food, especially too much rich food, is the culprit.

Some Common Sources of Protein

The Unreliability of “Proven” Research

In the Western world, we would like to think that our principles of protein nutrition reflect the accumulated insights of intellectual scrutiny and the latest scientific research. But in fact, many of our cherished assumptions are firmly rooted in outdated research that bears only the slightest resemblance to some of the newer information on protein.

To understand how this has happened, we must understand the conflicting interests within government. In the United States, the Department of Agriculture (USDA) is primarily responsible for promoting agriculture and secondarily responsible for recommending dietary guidelines. Considering the obvious conflicts of interest in this peculiar marriage, we should hardly be surprised to find that the USDA has recommended meat and dairy-based diets, including the Basic Four Food Groups. It has only been due to the persistent efforts of concerned citizens’ groups that we have seen the recent version of the Food Pyramid, which now gives more emphasis to grains, fruits, and vegetables, rather than meat and dairy products.

Unfortunately, even the revised Food Pyramid does not go far enough. Our China Project data surprisingly indicates that relatively small amounts of foods that are based on animal protein may be hazardous to your health. But this is only half the story. The other half concerns the health of our planet.

The consumption of large amounts of animal protein clearly is leading to devastating shifts in world agriculture from food grains to feed grains. Today, over one billion people–about one in every five on earth–do not get enough food of any kind to lead fully productive lives. This is largely due to the tremendous amount (40%!) of the world’s total grain production that is fed to livestock. We must take this seriously and shift our thinking and actions towards a plant-based diet.

Do You Need to Combine Grains, Greens, and Beans?

When you start the switch to a plant-based diet it’s natural to wonder whether you need to combine proteins to get a full assortment of amino acids. That is, do you need to eat grains, beans, and greens with every meal?

Because protein is found in fairly generous amounts in many plant foods, it’s virtually impossible not to get enough. It’s true that virtually all plant proteins are relatively low in at least one of the nine essential amino acids, but this does not mean you need to get all nine amino acids in a single meal. If you can pick up your amino acids over the course of a day that will be sufficient. And you will certainly get all your amino acids as long as you remember that variety is life’s elixir.

The RDA for protein assumes that adults need, on average, little more than 0.5 grams of protein daily per kilogram of body weight, but because individuals vary in their ability to utilize proteins, the RDA adds 0.3 grams per kilogram as a safety factor. If you are curious as to how you stack up with the RDA protein guidelines, you can divide your weight in pounds by 2.2 to get your weight in kilograms. Then simply multiply your kilogram weight by 0.8 to calculate the RDA standard protein requirement for adults. For example, if you weigh l55 pounds and divide it by 2.2, you’ll find you weigh 70.45 kilograms. Multiplied by 0.8, you’ll come up with 56.36 grams for your daily protein requirement.

Getting Your Plant-Based Protein

This very simple meal plan shows you how easy it is to get your minimum protein requirements.

Numbers following menu items are amount of protein in grams.

The concern for many that eat only a plant-based diet is whether they can indeed get enough protein. We’ve all been asked the question many times: “If I don’t eat meat, how can I get enough protein?” The table shown above represents a typical daily menu following a plant-based diet. If desired, any number of grains, fruits, and vegetables might be added for more calories.

The Cornell-Oxford-China Nutrition project, conducted in mainland China and Taiwan, is a massive survey of over 10,000 families designed to study diet, lifestyle, and disease across the far reaches of China. By investigating simultaneously more diseases and more dietary characteristics than any other study to date, the project has generated the most comprehensive database in the world on the multiple causes of disease. Upon completion of the initial results, all local health authorities in the China Project survey were advised on how to change their diets to lower their disease rates.