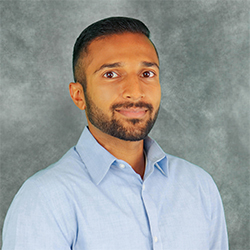 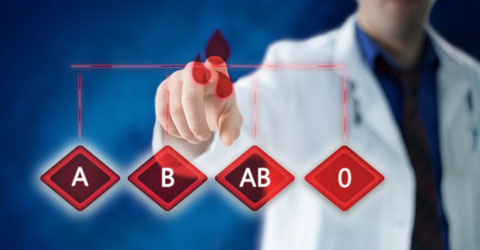 If you have been interested in the field of nutrition for any amount of time, you will likely have come across the idea of a blood type diet. The philosophy behind it is that those with certain blood types gain better health outcomes on specific diets, and this idea was popularized in 1996 by Dr. Peter D’Adamo’s bestselling book, Eat Right 4 Your Type. While there are more subgroups, there are four main blood types that are focused on in the book and they are categorized as follows:[1]

Type A: This is the more plant-based blood type, known as the agrarian. People with type A blood should eat a diet centered on plants and free of red meat, which is thought to be toxic to them.

Type B: Known as the nomad, these people should avoid chicken, pork, wheat, corn, lentils, and tomatoes, but eat most other plants and meats, as well as some dairy products.

Type AB: This blood type is a mix between types A and B and is known as the enigma. They may eat seafood, soy, dairy, beans (except kidney beans), and grains (except corn), while avoiding beef and chicken.

Type O: These are known as the hunters who are meant to eat a high-protein, high-meat diet, similar to a modern paleo diet. They also eat fish and certain fruits and vegetables; however, they should stay clear of dairy, grains, and legumes.

If you are questioning the validity of this theory after reading the previous descriptions, you are not alone. To assess the idea, I am going to take a levelheaded look at the history and science behind the blood type diet theory.

One of the claims underlying this theory is that certain proteins in food cause agglutination, or clumping, of blood cells dependant on blood type.[1] Lectins are proteins found in the plant kingdom, concentrated in legumes, and a select few types of lectins have been found to cause reactions with certain blood types. For example, in a petri dish, lectins specifically from raw lima beans are seen reacting with type A blood.[2] The majority of lectins, however, react with all blood types, throwing a wrench into this theory.[3] Furthermore, lectins are only found in significant amounts in raw legumes. It only requires a minimal amount of cooking to completely destroy the lectins, casting further doubt on this theory.[4]

One of the more humorous claims made by Dr. D’Adamo in support of the blood type diet is that those with type O are to follow a caveman diet since type O is the oldest of the blood types. Even if this were true, that would hardly suffice as a solid reason for adopting a specific eating pattern; however, it is not true. Type O is actually the newest blood type![5] The fact that type O is the simplest of the blood types does not mean it is the oldest as Dr. D’Adamo claims. In addition to these claims, it is also said that those with type O produce more stomach acid than other blood types. While one study did find that there was slightly more stomach acid in those with blood type O, it was not to any significant degree that would suggest they should eat more high protein foods.[6] Even if that were the case, they would also gain the ability to digest higher amounts of legumes, meaning their diet wouldn’t need to focus on meat.

As you can imagine, Dr. D’Adamo was under a fair bit of scrutiny from the scientific community with the release of his first book, but he had answers for the skeptics. He told critics that he was currently on year 8 of a 10-year study on blood type diets and reproductive cancers with the promise of great results.[1] However, the world has been waiting since 1998 for that study to be released. When he released his book, Arthritis: Fight it with the Blood Type Diet, he made more promises of upcoming research.[7] This time he said he was conducting a 12-week, randomized, controlled trial on blood type diets and rheumatoid arthritis, again promising great results. That alleged study never saw the light of day either, causing me to suspect that either the results of these studies did not show what their author wanted them to show, or they were never conducted in the first place.

Since Dr. D’Adamo didn’t seem to be producing his own research, independent researchers decided to take it upon themselves to evaluate the diet. A 2013 systematic review that sifted through 1,415 studies determined that there is not even one credible study establishing benefits of a blood type diet![8] In 2014, a study that evaluated nearly 1,500 people found that regardless of blood type, following a type A diet (predominantly plant-based diet) was associated with better overall cardiometabolic health.[9]

Under Norway’s Quack Act, it would be illegal to even promote the blood type diet there!

Norwegian researchers took particular interest in the blood type diet theory since Eat Right 4 Your Type sold 40,000 copies in Norway! Researchers came to the conclusion that any dietary shift away from a Standard American Diet is likely to produce positive health outcomes; however, many of the claims made by the book should be “considered junk and without scientific foundation.”[10][11] Some even go so far as to call it “crass fraud.”[10] That may seem harsh, but under Norway’s Quack Act, it would be illegal to even promote the blood type diet there![11]

After reviewing the literature, or lack of literature, it is quite clear that there is no scientific validation for the blood type diet. At best, it can award some benefit through elimination of many processed foods that are prevalent in a Standard American Diet, but there are certainly better options out there.[10] We have mountains of evidence supporting a plant-based diet for the majority of the human species, including research that was designed to specifically evaluate the effects of the blood type diet.[9] I believe Dr. Hans Diehl, director of the CHIP program, sums up the scientific legitimacy of Eat Right 4 Your Type perfectly when he says, “years ago, when this book came out, I thought I might write a book called: Eat Right For Your Shoe Size.”

‘The Plant Paradox’ by Steven Gundry...

The Paleo Diet: What’s the Story?