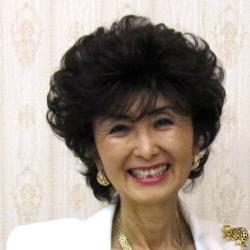 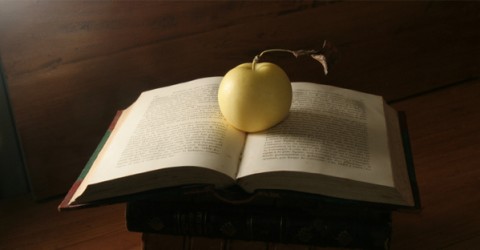 One out of two Americans gets heart disease and half of those die instantly from their first heart attack. One out of three dies of cancer. One out of eight women gets breast cancer and one out of six men gets prostate cancer. Roughly one out of ten middle-aged Americans has diabetes, and among those over 60, this rate becomes one out of five people. In addition, another one in five Americans has so-called prediabetes.

Unfortunately, many people suffering from these diseases do not realize that their wrong dietary choices since childhood have caused these serious problems. Numerous scientific studies, including “The China Study,” show that there is a strong correlation between an animal-based diet and these ailments. They are very rare in countries where populations live on a plant-based diet. The majority of people in Western countries assume that these diseases are inevitable as they get older, but this is not true!

People need to learn that their health is in their own hands. The fact is, they can be free of illness and brilliantly healthy if they choose a wholesome diet and lifestyle. On the other hand, an incorrect diet and poor lifestyle choices make people sick.

You can choose superior health, once you know how. The solution is very simple. All you have to do is focus on a whole-food, plant-based diet. If you aren’t convinced, you should see how the “SAD” (Standard American Diet) choice consisting of a high-fat, high-protein, high-cholesterol animal-based diet has caused levels of diseases that are common in America to rise drastically among the Japanese people ever since they adopted this diet after World War II. Diseases reaching epidemic proportions in the United States (such as breast cancer, prostate cancer, colon cancer, lung cancer, heart disease, cerebral infarction, diabetes, osteoporosis, obesity, many kinds of allergies, dermatitis, and rheumatoid arthritis) are also widespread in Japan now. These diseases were all extremely rare before the Japanese embraced the American way of eating.

Many Westerners might think that the Japanese are the healthiest people in the world, judging from Japan’s average life span, the longest in the world. On the contrary, many are not healthy at all and are living longer with many diseases managed with medication.

This phenomenon is an excellent example of the law of “cause and effect.” The alarming increase of these medical conditions is the result of a shift after the war from the traditional Japanese-style diet (which used to be plant-based) to the Western-style diet (animal-based). Ever since KFC and McDonald’s were brought to Japan in early 1970, Japanese dietary habits have changed radically. They now eat 18.4 times more dairy products, 9.3 times more meat and poultry, 6.1 times more eggs, 2.0 times more fish and 3.9 times more oil than they did in 1950.

On the other hand, today they are eating 35.4% fewer leafy green vegetables and 17.8% fewer other vegetables than in 1950. They eat 5.8 times more fruit, but the total amount they are eating is only 127.4 grams a day, which is only about one serving. In Japan, 36.5% of the people don’t eat fruit.

These diet changes are the result of education by the Japanese government, doctors and dietitians, teaching the entire population to eat a “well-balanced diet” including animal products, saying the traditional Japanese diet based on plant food was not well-balanced due to its lack of animal products. Having grown up in Japan right after World War II, I can tell you exactly what I have been taught at school.

The schoolchildren have been taught to drink milk and to eat dairy products and meat or poultry every day to grow big and tall like the Americans. This was a dramatic change for the Japanese, compared with the traditional Japanese diet practiced before the war. The Japanese used to eat meat or poultry only a couple of times a year! Eggs were only for very sick people like patients with tuberculosis, and only very wealthy people drank milk. Ice cream was a very special and expensive treat when I was a kid. The majority of Japanese families didn’t have an electric refrigerator before 1960. After the 1960s, electric refrigerators became widely used by all the Japanese families, and people started to stock meat and dairy products in their refrigerators.

The school lunch program law was legislated in Japan in 1954, and all the elementary schools started to serve children a lunch with the support of the United States, which donated free milk and refined flour because Japan was very poor and there were so many hungry children at that time. Thus Japanese children all over the country, even in very isolated rural communities, began to learn to eat an American-style diet with milk and meat through the government’s school lunch program. Schools also started teaching parents raising children to include animal foods in their meals at home.

Things changed dramatically in Japan after the war due to the strong influence of the United States, because KFC, McDonald’s, Burger King, Domino’s Pizza, Baskin Robbins (with their 31 flavors of ice cream), Mr. Donut and numerous other American fast-food chains opened their
restaurants on every corner in Japan’s large cities. Now the eating habits of Japan’s younger generation are no different from those of America’s young people. Even worse is the fact that now the Japanese get twice as much dietary cholesterol as Americans, and women’s average cholesterol levels are even higher than those of their American counterparts.

Ever since the school lunch program started in Japan, children have been forced to drink milk. This is mandatory despite the fact that over 85% of the Japanese have lactose intolerance. As a result, sure enough, the Japanese young people today have become taller than before the war. They have grown and matured rapidly by consuming higher amounts of growth hormones and fat from dairy products, meat, chicken and oil.

They are happy because they have grown big like the Americans, but they are paying quite dearly. Numbers of cancers (of the breast, prostate, colon and lung), as well as cardiovascular disease and osteoporosis (hip fracture), have all increased at unprecedented rates during the past 50 years. So many scientific studies have shown that these conditions are strongly linked to high consumption of dairy products as well as meat. Regrettably, the Japanese government and almost all the health experts in Japan have never told the public that any countries where consumption of animal foods is high also have higher incidences of these health problems.

To make matters worse, they push milk and dairy products onto the lactose-intolerant elders in the name of “osteoporosis prevention.” The government and health officials have been falsely teaching the nation that milk and dairy products are the best sources of calcium and claim that they should have three servings a day, despite the fact that all animals in nature (including strong animals with big bones) get their calcium from plants after they are weaned, and easily obtain sufficient amounts. Humans can do the same!

Increasing dairy consumption has impacted negatively on Japanese health in many more than the above-mentioned ways. As dairy consumption goes up, the age of puberty has gone down. The average age of menarche of Japanese girls is now 12 years old, three years younger than in the early 1900s. As Dr. Campbell mentioned in his prominent book “The China Study,” decreased age of menarche indicates a higher risk of breast cancer in later years. To no one’s surprise, breast cancer has become very prevalent in Japan now, affecting one out of 20 Japanese women. This number still seems low when compared with one out of eight American women, but in Japanese women, breast cancer used to be extremely rare before World War II. By the same token, prostate cancer has increased significantly among Japanese men.

As “The China Study” shows, when consumption of animal protein and fat increases, the risks of cancer, high blood pressure, high cholesterol, heart disease, diabetes, kidney disease, osteoporosis and autoimmune diseases also rise. Japan is a typical example of this. In the last 55 years, consumption of animal protein has more than doubled and fat intake has more than tripled. The government and health authorities are teaching the nation that animal protein is higher quality than plant protein due to its complete amino acid score, even though we now know that the human body can derive all the essential amino acids from the natural variety of plant proteins that are always readily available to us. Nevertheless, they are pushing everyone to follow an absolute nutritional doctrine that is making the population sicker and sicker.

So you can see why Japan is a classic example of the law of “cause and effect.” The Japanese people are living proof of the strong correlation between high consumption of a high-fat, animal-based diet and the above-mentioned “diseases of affluence” prevalent in Western countries.

Sadly, in many developing countries around the world, people have not yet realized this fact. They have recently begun to imitate the American way of eating, just like Japan has been doing for the last 60 years.

China has also made the grave error of starting to follow a typical American diet and lifestyle. The Chinese government has begun campaigning to make the nation drink milk every day. One TV ad shows a famous Chinese Olympic gold medalist drinking milk and says that he was able to win the gold medal because he was drinking milk every day. This is the Chinese version of the milk mustache ad seen in the U.S.

“The China Study” clearly illustrates that in rural China, where people live on almost a totally plant-based diet, it is very rare to find obesity, cancer, cardiovascular disease, diabetes and osteoporosis. However, things are changing in China now. The increasing numbers of obese children and cases of breast cancer in large cities like Beijing and Shanghai have become a serious problem. A recent study estimated that the current breast cancer rate (one to six cases per ten thousand) will increase to more than one case per one thousand. (J. National Cancer Institute 2008;100:1352-60)

Those of us living in industrialized countries are in a perfect position to explain the risks involved in an animal-based diet to people in developing countries. We can send a message to the world not to adopt the “SAD” (Standard American Diet) food choice. We can tell them not to make the same mistakes that the Americans or the Japanese have made over the last half century.

We human beings, as Homo sapiens, can live splendidly on a plant-based diet. Our bodies have been developed to live on plant food, and we can keep them in excellent physical condition and prevent or overcome diseases with plant food.

Remember, if you are suffering from any disorder, you can dramatically improve your quality of life with plant food. You will see many testimonials about this on the Campbell Foundation’s site, and this valuable site will send powerful messages to true health seekers around the world, that their health is in their hands. You can be well if you choose to live well.

You Can Choose Your Health!