Register now
Topics » Disease » A Game-Changing Solution to One of the Most Devastating Diseases of the Brain: Stroke

A Game-Changing Solution to One of the Most Devastating Diseases of the Brain: Stroke 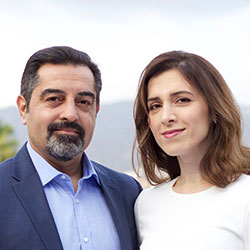 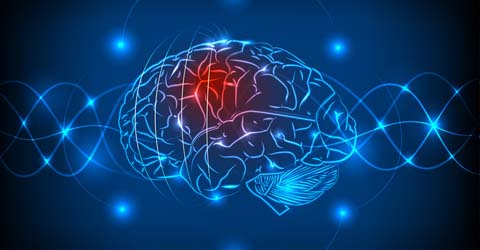 On any given Friday morning at our community clinic, which serves low-income individuals and families in San Bernardino County, California, we see younger and younger patients coming in with devastating, lifelong consequences of strokes. Stroke occurs when the blood vessels in the brain are blocked by a blood clot or rupture, resulting in clinical features such as aphasia (difficulty and inability to speak), hemiparesis (complete paralysis of one side of the body), and even death.

The brain consists of more than 87 billion neurons and nearly a trillion supporting cells such as glial cells, all of which require hundreds of billions of microvascular tributaries. In fact, the brain is the most vascular organ and also the hardest working organ in the body. This means that its microvessels are especially susceptible to injury over a lifetime of metabolic and physical trauma caused by poor diet, sedentary behavior, smoking, and other unhealthy behaviors.

Stroke comes on suddenly, but the damage accumulates for years before the event itself. We only see the numbers once an individual ends up in the emergency room. And these numbers are shocking: 795,000 new cases of stroke each year are overwhelming our already taxed healthcare system [1]. Every 40 seconds, someone has a stroke in the U.S. These statistics pale in comparison to the vast number of people who do not experience a full-blown stroke but over time experience consequences of cumulative microvascular disease such as cognitive decline and dementia.

Every 40 seconds, someone has a stroke in the U.S.

Over the last few decades, billions of dollars have been spent on research that aims to prevent and treat stroke and dementia. Yet the net result has been absolutely dismal. While we have reduced stroke mortality, and there has been progress in the treatment of stroke in emergency rooms with the use of thrombolytics, a type of therapy that dissolves clots when used within the first 4.5 hours (substantially reducing chances of persistent hemiparesis or aphasia), and therapies focused on the removal of clots (physically pulling out the clot from the blocked vessel), the burden of stroke is still immense. Mobile stroke units with advanced imaging and top-of-the-line technology have been in use for four to five years, but the latest data shows that such expensive tools (each unit costs $1.2 million without the cost of maintenance) may not improve outcomes.

Stroke remains the leading cause of disability in the U.S., but we haven’t focused any efforts on strengthening or protecting the brain so that this disease can be avoided in the first place. Sadly, recent studies show that we’ve made no progress in reducing the risk factors for stroke: diabetes, cholesterol, and high blood pressure are all increasing in prevalence. A patient who comes to the emergency room with a stroke usually ends up paying tens of thousands of dollars for the mandatory CAT scan, MRI, carotid ultrasound, and echocardiogram, as well as the emergency room and ICU stay, to be ultimately released to rehabilitation with an antiplatelet agent such as aspirin or Clopidogrel, and the cholesterol lowering medication of the day.

These treatments have a minimal effect on already manifest stroke, and are even less successful at preventing future strokes. The proportion of patients who qualify for such medical and endovascular interventions is small, and the outcomes are not good, even for many who undergo acute therapies. There is evidence that once someone has a stroke, the chances of having a recurrent ischemic stroke can be as high as 32 percent, while the chances of a hemorrhagic (bleeding in the brain) stroke increase to 54 percent [5]. Other research shows that after four decades of decline, strokes rates are now increasing [6]. For example, in Florida, the decline in the stroke death rate reversed during 2013–2015, with a significant increase (10.8 percent per year) in the stroke death rate. Among Hispanics, the stroke death rate trend reversed in 2013, changing from a 3.6 percent decline per year during 2000–2013, to a significant 5.8 percent increase per year during 2013–2015 [6].

So does this mean that we have no options besides the status quo? Actually, there has been plenty of data to date that shows lifestyle can have a profound effect on the prevention of primary stroke. We now know that 80 percent of stroke risk may be due to lifestyle factors: smoking, an unhealthy diet with a high intake of salt and sugar, and low levels of physical activity lead to obesity, high blood pressure, high cholesterol, and high fasting glucose—all of which can lead to stoke [7]. Not surprisingly, these are the same behaviors and risk factors that affect overall brain health and increase the risk of dementia.

Studies have consistently demonstrated a strong, continuous, and independent positive relationship between blood pressure (BP) and stroke, such that the higher the BP, the greater the risk of stroke. The risk of ischemic stroke increases by 22 percent for overweight individuals and 64 percent for obese individuals compared with normal-weight individuals. Having diabetes for ten years triples the risk for stroke, and one in five patients with diabetes dies of stroke.

Billions of dollars are spent yearly on cholesterol and blood pressure medications, despite the fact that we know what type of lifestyle reduces the risk of stroke.

Lowering blood cholesterol is an important strategy in the prevention of stroke. Multiple trials have shown that lowering cholesterol aggressively with medication can significantly reduce the risk of primary and recurrent strokes in multiple populations, and these studies are the core of the current stroke guidelines. But these recommendations are based on the fact that having low cholesterol is associated with lower risk of stroke and heart disease to begin with—that eating a diet low in saturated fats and cholesterol dramatically reduces the risk of stroke. As with all health issues, the focus is usually on medication: a quick fix, but one that has minimal effect on underlying causes. Billions of dollars are spent yearly on cholesterol and blood pressure medications, despite the fact that we know what type of lifestyle reduces the risk of stroke. Most of these medications are initiated after the onset of a stroke—after disability manifests, and when the focus is on damage control rather than thriving.

These medications are not benign. Each of them has tremendous side effects, and often necessitate other medications to blunt those side effects. Meanwhile, there is ample evidence that a diet high in fruits, vegetables, and whole grains is associated with reduced stroke risk in a dose-responsive manner. A traditional Mediterranean diet has been studied repeatedly and shows an inverse association with stroke—the more you adhere to the Mediterranean diet, the lower your risk of stroke. Just by adding an ounce of nuts to the diet and not changing anything else, stroke risk was cut by nearly half in the PREDIMED study [14].

But what is a Mediterranean diet? Wine, fish, and cheese? We took it upon ourselves to find the most robust database possible, one that has the numbers and the follow up that might validate what we suspected about the relationship between stroke and lifestyle factors, and what elements and behaviors have the greatest impact on stroke risk. There were not many long-term, large-scale population studies that investigated stroke risk and comprehensive lifestyle intervention. We were lucky to have access to the California Teachers Study, which has looked at more than 133,000 subjects followed for over 20 years, and provides unique insight into the relationship between lifestyle factors and disease. Since we were interested in nutrition, we focused on one often-studied category—the Mediterranean diet and how it affects risk for stroke. We were especially interested in what types of foods in this dietary pattern had the greatest influence on stroke.

Basically, the diet is scored such that a higher score means higher adherence, and a lower score means poorer adherence. A high score is given for plants: vegetables, whole grains, fruits, beans/legumes, nuts and seeds, and omega 3 fatty acids; a low score is given for the consumption of meat, poultry, dairy products, and processed sugar. What we found was that the beneficial effect of the Mediterranean diet was not binary but was stepwise, meaning that every step towards greater adherence to a Mediterranean diet was associated with a lower risk of stroke. In other words, every small lifestyle change had a measurable effect.

Participants with the highest adherence to a whole food, plant-based pattern were able to reduce their risk of stroke by as much as 30 percent.

This was incredibly hopeful given that a major impediment to lifestyle change in clinical settings is its perceived binary nature. Doctors and patients alike seem to be convinced that lifestyle change is all or nothing, that your diet must be changed completely or you will fail. Knowing that every step towards change will reduce your risk is empowering and motivating.

Our second finding was that the most beneficial components in the Mediterranean diet were not wine, cheese, or olive oil–the popular idea of the this diet–but rather the unprocessed plant-based components. And those participants with the highest adherence to a whole food, plant-based pattern were able to reduce their risk of stroke by as much as 30 percent.

This is a remarkable discovery, one that we implore the healthcare system to embrace as we all struggle to treat—or better yet, prevent—this devastating disease. If a whole food, plant-based diet has such a profound effect on the prevalence of vascular diseases such as stroke, imagine its effect on the cumulative microvascular disease that affects millions and puts them at a greater risk for cognitive decline and dementia. This fact alone should become the number one public health campaign. Vascular diseases of the brain account for a great majority of both degenerative and non-degenerative neurological conditions. They are debilitating, difficult to treat, expensive to manage, increasingly developing earlier in life, and, in almost all cases, preventable. That’s why it’s so critical to promote a whole food, plant-based diet, which is the best and only method we have of protecting the brain and dramatically reducing our risk of both stroke and dementia.