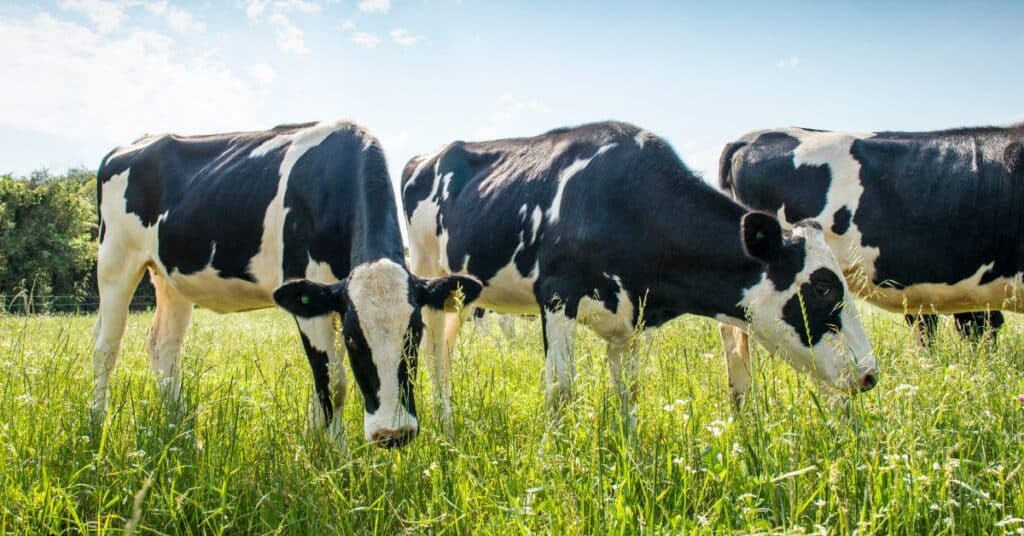 Are Humans Similar to Cows? Genetics, Digestion, and Implications for Diet

Similarities between humans and many different animals are often cherry-picked to argue that humans are natural herbivores or omnivores. As true herbivores, cows provide a model against which to compare human physiology and nutritional needs. And comparing our diets and bodily functions to those of cows, it is clear that they are stricter herbivores than us.

So, the debate over the optimal human diet is less about whether we can eat animal-based foods than whether we should. Additionally, comparing ourselves to cows raises the question: are animal dairy products a natural part of the human diet?

All creatures, regardless of their diets, share some genetic similarities. Shared genes are usually associated with functions common to all animal groups. It’s not surprising, then, that we share about 80% of our genes with domestic cows.[1] We’re also about 60% similar to chickens and share 85% of our protein-encoding genes with mice.[2]

Within the human species, we’re all 99.9% genetically identical to each other.[3] Even tiny differences in genetics can result in a wide range of traits among humans, which suggests that shared genes among animals is a function of how nature works rather than an indication of meaningful similarity.

Digestion in the ruminant stomach

Cow stomachs vividly illustrate our differences. As ruminants, cows have a four-chamber stomach designed to break down parts of plants that humans, with our single-chamber stomachs, can’t.

Each chamber in the ruminant stomach has a distinct function:[4]

In humans, plant fibers remain undigested. When they pass into the colon, gut microbiomes break them down to produce byproducts like vitamins and short-chain fatty acids.[6] But since we lack the cellulase enzyme, we cannot digest many of the fibers that break down easily in cows’ stomachs. 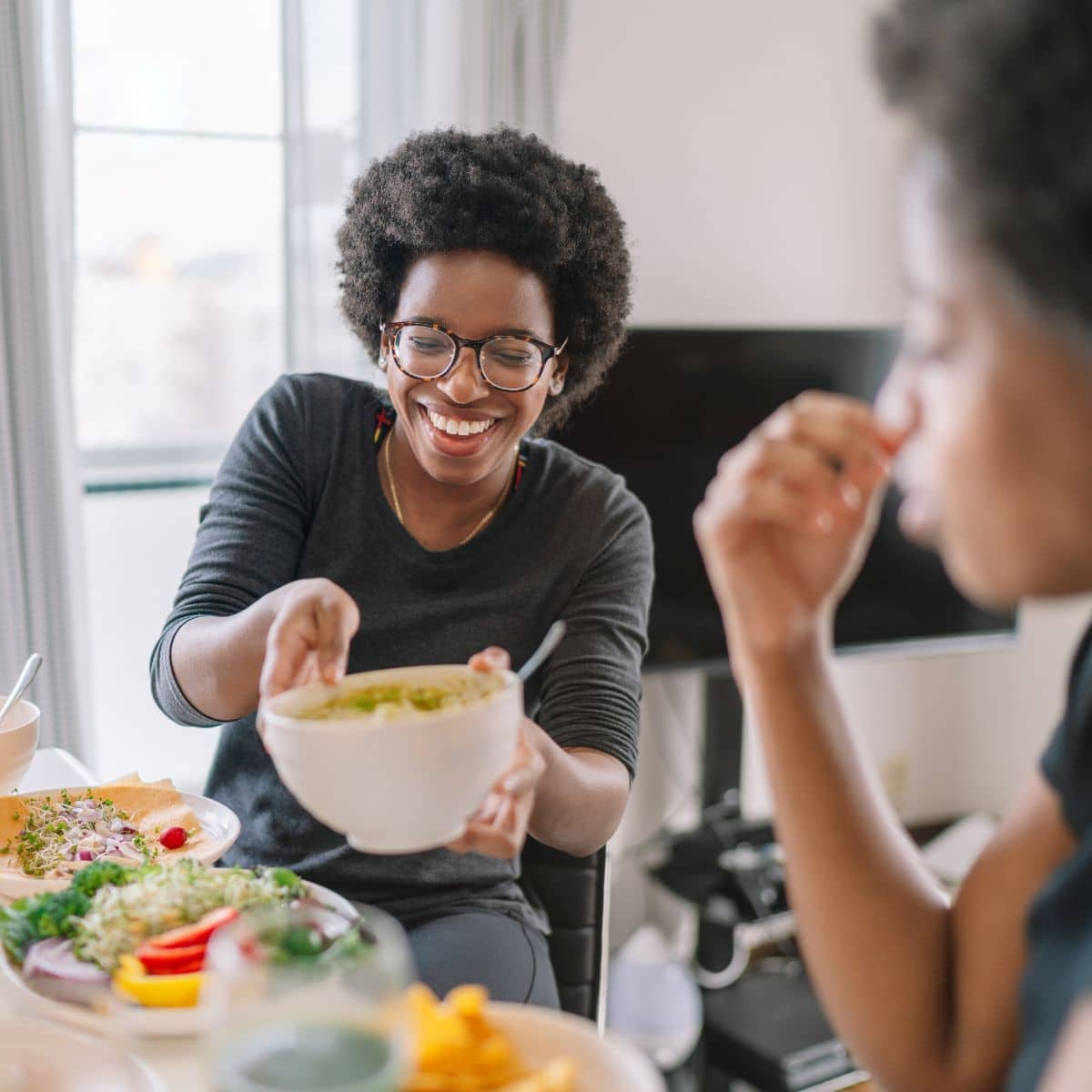 Our stomachs are designed mainly to digest protein. When food enters the stomach:[7]

Barring any allergies or intolerances, the process works equally well for animal and plant proteins.

Cows, on the other hand, get their protein from their ruminant microbes. These microbes can extract nitrogen from sources like grass and use it to make protein. When microbes die, they also get broken down as additional protein sources.[8] This process allows cows to extract more protein from a low-protein diet than humans can.[9]

Proteins that can’t break down in the rumen are called rumen undegradable proteins, or bypass proteins. They pass into the abomasum and small intestine for digestion and absorption. Animal-based proteins are a form of bypass protein; they can disrupt cows’ microbiomes, leading to digestive distress or even death.[10]

What cows can (and can’t) teach us about human diets

Despite genetic similarities, cows and humans have vastly different dietary requirements. Our digestive systems don’t fully digest some of the plant matter from which cows derive most of their nutrition, and we can’t rely on our microbiomes as a main source of amino acids.

Because we can get those amino acids—and the other nutrients we need—from various sources, we have greater dietary flexibility than cows. This is the classic definition of an omnivore.[11]

It bears repeating: the debate over the optimal diet is less about whether we can eat animal-based foods than whether we should. Science shows that we can not only survive but also thrive on exclusively plant-based diets and that a diet consisting predominantly or entirely of whole plant foods tends to be the best choice for long-term health.

Given all the differences between humans and cows, you might also wonder: why do we insist on getting calories from cow’s milk and its derivatives? In newborn mammalian species, the lactase enzyme is responsible for helping break down lactose, with the expression of this enzyme declining after weaning.[12] Essentially, weaned mammals—adult mammals—grow out of this need to break down the carbohydrate in their mother’s breast milk.

Humans are the major exception: through evolutionary processes that researchers are still trying to understand better, about one-third of humans have developed lactase persistence. This development is often linked to “changes in food production practices during the Neolithic revolution,” when certain populations began domesticating animals and consuming more of their milk. Even still, that means the majority is not well-suited to consume lactose, not even the lactose of their own species (much less the lactose found in the milk of other species!).