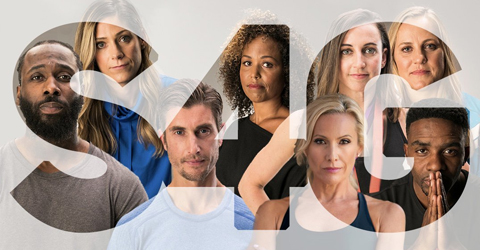 Everyone has their own reasons for ditching dairy. Hear from Switch4Good’s core group of elite athletes and doctors about why they made the switch. Get inspired by 6-time Olympic medalist Rebecca Soni, pro soccer player Kara Lang Romero, triathlete Brendan Brazier, and other top athletes who excel on a dairy-free diet.

More interested in research and numbers? Learn from Dr. Milton Mills and Dr. James Loomis (a former internist for NFL and MLB teams) about the detriments of dairy on one’s health in addition to the lifelong benefits of eating dairy-free.

Dairy Myths Debunked by Critical Care Physician Dr. Milton Mills. Hear him cut through the noise to give us the hard science behind the dairy-free movement.

Learn more about Jennie Reed’s inspiring story and why she doesn’t think athletes should be drinking cow’s milk.

Seba Johnson didn’t need dairy to make history as the first black female Olympic skier at the young age of 14. Vegan since birth, she is living proof that kids don’t need cow’s milk to grow up big and strong.

Hear the life-changing advice that his team’s nutritionist gave Malachi and how being dairy-free has served him in his performance and in his everyday life.

Dr. Jim Loomis is one of the world’s top experts on sports medicine. Hear his advice for anyone looking to improve their health and performance.

Learn about how dropping dairy helped transform Kara’s athletic performance, and why motherhood opened her eyes.

Rebecca now advocates for a vegan lifestyle citing its impactful benefits on her mind, body and spirit.

As a plant-based athlete, Bausch stood on top of the podium at the Olympic Games just five months shy of her 40th birthday, the oldest athlete ever in her discipline.

Kendrick credits his record-setting performance and control of his mood to his vegan lifestyle.

Want more? Check out Dairy Talks Season 2 for a new wave of athlete stories and medical research. Get educated, be inspired, and make the switch for good!

Plants Have All the Power We Need