Join now
Topics » Nutrition Science » Iodine on a Plant-Based Diet: Why Is it Important & How to Get Enough 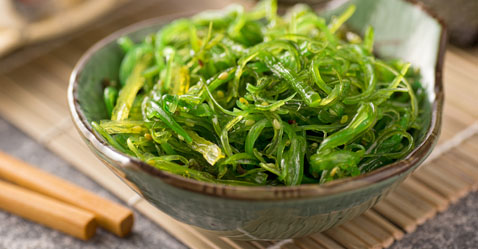 Iodine on a Plant-Based Diet: Why Is it Important & How to Get Enough

Iodine is often cited as a nutrient of concern for those following plant-based and low-sodium vegan diets. Although as much as 30 percent of the global population may suffer from iodine deficiency, it’s more common among vegans and can cause serious problems if ignored.

Why Do We Need Iodine?

Iodine is necessary for the formation of the thyroid hormones triiodothyronine (T3) and thyroxine (T4), which play a critical role in regulating cellular oxygen consumption and controlling basal metabolic rate.[1][2] To form these hormones, your thyroid gland “traps” iodine and combines it with the amino acid tyrosine.[3]

When you don’t have enough iodine, hormone levels drop, which causes your pituitary gland to release more of a hormone called thyroid stimulating hormone (TSH) in an attempt to bring the body back into balance. If this goes on for too long, you may begin to experience the symptoms of hypothyroidism, including:[4][5]

Low iodine levels during pregnancy can cause severe developmental impairment, known as cretinism, as well as slow growth rates. It’s also possible that low maternal iodine levels and the resutling decrease in thyroid hormones may increase the risk of miscarriage.[6]

Iodized salt is usually the first thing that comes to mind when considering iodine intake, but it isn’t actually a major player, even in the standard American diet. Many people are cutting back on table salt, and salt used in processed foods doesn’t contain added iodine.

The most common sources of iodine in many diets comes from a few animal foods:

Iodine doesn’t occur naturally in milk, but cows are often fed supplements containing the mineral, and both the teats and udders of dairy cows may be washed with iodine-based disinfectant solutions to kill germs.[7]

Plant sources of iodine include:

The recommended daily allowance (RDA) for iodine differs according to age and life stage:[9]

Meeting the daily requirement is necessary for avoiding deficiency, but it’s also possible and even dangerous to take in too much. Although acute iodine toxicity isn’t common, routinely ingesting or supplementing with more than the tolerable upper intake level (UL) of 1,100 mcg per day[10] can cause:[11]

Brenda Davis, RD, a bestselling author and internationally acclaimed speaker, recommends consuming iodine “in small but frequent amounts several times a week, rather than…a large dose less frequently.” Levels of iodine in fruits and vegetables vary depending on levels in soil, and the concentration in seaweed is affected both by location and preparation method.

This makes it difficult to determine exactly how much iodine you’re getting on a plant-based diet, but there are several ways to meet the RDA:

Note that while beans prepared with kombu as recommended above deliver safe levels of iodine, it is very easy to consume too much kombu, which may contain up to 8,000 mcg per gram—almost 8 times the safe upper limit. Thus, to be safe, you should limit kombu consumption to 1/8th of a gram per day (that’s not very much!). Hijiki[13] should also be avoided because of potential arsenic contamination. Safer varieties of seaweed include dulse, arame, nori, and wakame. People with iodine deficiency should also avoid excessive intake of soy and raw brassica vegetables, since compounds in these foods can interfere with thyroid function in the absence of adequate iodine.

Because both a deficiency and an excess of iodine can be dangerous, the best course of action is to have your levels tested and supplement as needed. If you’re experiencing symptoms of thyroid dysfunction, discuss your concerns and options with a doctor who’s knowledgeable about plant-based diets.