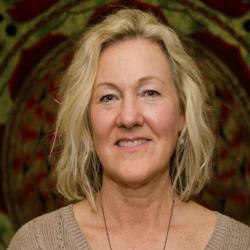 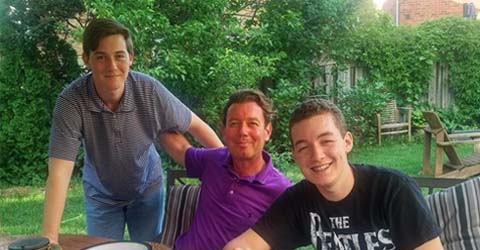 When we began a whole food, plant-based diet, my husband and I never anticipated the hold it would take over us right from the beginning. The meals were delicious, the food was energizing, and the impact on our physical bodies through weight loss and improved health was the best evidence that we were on the right track.

Our physical evidence supported the scientific evidence that had resonated so strongly when watching Forks Over Knives, the documentary which kick-started us into this lifestyle.

As a couple, we were united in expectations and experience, and we were in it together from the get-go, in love with our food and our newfound ability to care for our own health through nutrition.

The big question we were left with was how to deal with our family’s diet? We had two boys in their early teens, both wonderful boys, yet typical in their resistance to parental ideals, complete with eye rolls and brief grunted responses during most conversation.

We were fresh to this apparent “upside down world” diet, removing animal products, eating mainly starches and eliminating oil. There was so much peer pressure through family and friends, so much concern that our diet was deficient, if not insanity. The idea of forcing our boys to adopt to our diet did not sit well.

It was my desire to see them transition successfully and for the long term. Teenagers by nature act in direct opposition to their parent’s ways. It’s not being disrespectful but an important act of separation—of finding their own way—by making their own decisions. I felt that if we led by example and made it as little of a “push” as we could, they would eventually choose the right path on their own.

A Household With 2 Different Diets

Initially, we kept our household on two separate diets, one for ourselves and one for our teenagers, who were not at all interested in making a change. I do not keep meat in the house, but I also do not make any attempt to curb what they eat outside the home.

Cow’s milk was easily eliminated and replaced with plant milk. They accepted this switch fairly well. That left cheese as the sole animal product in our home. It was our youngest son’s only food group along with white bread or pasta. He seemed to have inherited from birth, as I had, an intense dislike of vegetables. Yet, I’m living proof that this aversion can be overcome!

Our boys were not as smitten as we were, and there was some loud complaining. However, we found ways to create meals that they would at least eat, if not love. For example, I would create pesto from spinach and nutritional yeast, vegan cheese sauce from potatoes, and tacos with portobello meat.

The health benefits of our decision were soon evident in our sons. They slimmed out and skin problems like acne and rosacea greatly improved over time.

As time went on, we grew more convinced that a plant-based, whole food diet was better for our health, better for animals, and better for the planet, and after a few years, I decided to go further by enrolling in the Plant-Based Nutrition Certificate program through the T. Colin Campbell Center for Nutrition Studies and eCornell. As a result, our eyes were fully opened to the evidence about the health consequences of dairy products. As a cancer survivor with many family members who had also suffered from the disease, I was so disturbed by what I learned. How could I allow my own children to be exposed to the risks of dairy consumption?

Once again we made a shift, eliminating cheese from the house. This inspired more complaints and anguished looks from the teenagers standing at the fridge. However, the health benefits of our decision were soon evident in our sons. They slimmed out and skin problems like acne and rosacea greatly improved over time.

Today, they accept the food in our home graciously. No complaints. Our youngest son is vegan, by choice, for the animals. His diet could include more whole foods—he eats more plant-meats and other processed products than we do—but I am grateful that he is happy with his food and free from animal products. His diet and taste buds are still changing as he appreciates a greater variety of food all the time. He feels proud to have made this choice.

Our oldest still chooses to eat his own way outside the home, but at home he is happy with our plant-based meals. He doesn’t view them as lacking but loves and enjoys the meals we prepare. I have this sneaking suspicion that eventually he will make the change on his own.

Do I wish I knew about this lifestyle sooner when they were babies? I certainly do. I’m still grateful though for this opportunity to change together, to make an impression on our boys—to teach them about about the power we all hold to make decisions that, although they may seem different or outside the mainstream, can actually be bring an abundance of joy to our lives.

Back to School: Plant-Based Tips & Recipes