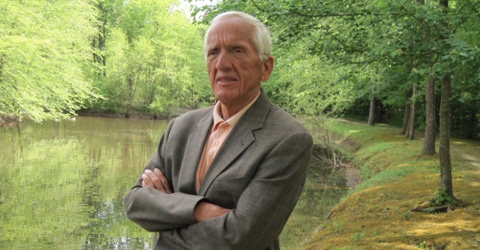 There’s a big story making all the lead news outlets today that is the very definition of ‘fake news’. It concerns a new report published in the Annals of Internal Medicine (Oct 1. doi: 10.7326/M19-1621), titled “Unprocessed red meat and processed meat consumption: dietary guideline recommendations” from the NutriRECS consortium”. It recommends that “adults continue current unprocessed meat… [and] processed meat consumption,” and has made headlines in the New York Times, the Washington Post, National Public Radio, CNN—almost everybody who’s anybody.

The health effects of meat are not characterized by a simple cause and effect relationship. There are many kinds of meat, many kinds of disease outcomes (cancers, cardiovascular diseases, etc.), and many kinds of experimental studies that have been used to investigate this relationship. It also has been a topic of medical and scientific interest for many decades.

As a researcher, lecturer, and food and health policy participant, I have been close to this topic for more than 6 decades. In fact, I have been a member or chairman of the panels and committees whose findings are being challenged by this new report. At present, I am just now finishing another book (with Nelson Disla)—about 35 years in the making (no, this is not a typo!)—that focuses precisely on why the science of nutrition has been so confusing for so long—for at least two centuries. Within that vast literature on diet, nutrition and health, I find that one of the major reasons, if not the most important, for misunderstanding nutrition is the way research is conducted and the findings interpreted.

“This report displays a severe and fatal lack of understanding the concept of nutrition.”

With this background in mind, this new report on the effect of meat on human health illustrates this problem as well as any other. Although the problems with the original article are several, I suggest that the key misrepresentation is the authors’ very poor understanding of the advantages and disadvantages of randomized clinical trials (RCT, the so-called ‘gold standard’) and observational (correlation) studies, by which they pass judgment on the “quality” of the evidence. For them, quality is highest when results are produced by RCT data and lowest when it relies on observational studies. The opposite is true! RCT data have essentially no value for studies of nutritional effects because RCT studies are only useful for studying specific entities (one cause, one effect). This is not how nutrition works: nutrition involves countless entities working together producing countless effects. Observational studies are similarly dismissed as weak because of ‘residual confounding’ variables, which is a fair criticism, but only when the researcher makes the same misassumption of single agent effects that are inoperative in nutrition.

This report displays a severe and fatal lack of understanding of the concept of nutrition. It refers to evidence as if nutrition were a derivative of pharmacology; this is a figment of the modern medical establishment’s imagination. Rather than a derivative of pharmacology, nutrition is a science discipline of the highest priority, and our failure to understand this discipline has resulted in an unimaginable number of lives prematurely lost and dollars wasted.

These authors have failed, miserably, in their understanding of this topic and are doing a great disservice to the public.

WHO Report on Cancer & Processed Meat Misses the Point

Muscling Out the Meat Myth