Topics » Success Stories » Never Too Late: Reversing My Heart Disease on a WFPB Diet at 80 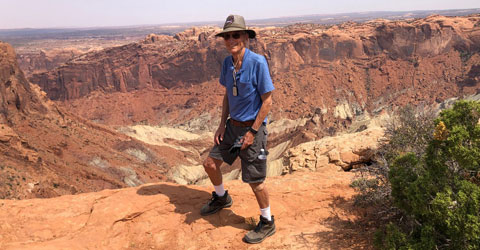 Never Too Late: Reversing My Heart Disease on a WFPB Diet at 80

At the age of 80, I became a full-fledged, card-carrying “cardiac cripple.” A cardiac cripple, in the words of Dr. Caldwell Esselstyn, is one who cannot complete normal daily activities without debilitating chest pain. I could not climb stairs or even walk to my neighbor’s house without severe and frightening chest pain. I could not take out the trash, walk for pleasure, or live an active life. My existence was limited to sitting in front of my computer or watching TV — and I hate TV. I was stuck in a rut and was becoming depressed.

My cardiac issues began when I was 48 and had my first angina pains while riding a bike. After a series of tests, I needed to have a quintuple bypass — a traumatic event in my life. As you might imagine, I didn’t ever want to go through that again.

My father died at 59. Since I was about 10 years away from that age, I took a pledge to give up red meat and I embarked on a low-fat diet. I watched my weight and continued to be active — walking, hiking, and biking. Those changes kept me relatively healthy for a while. 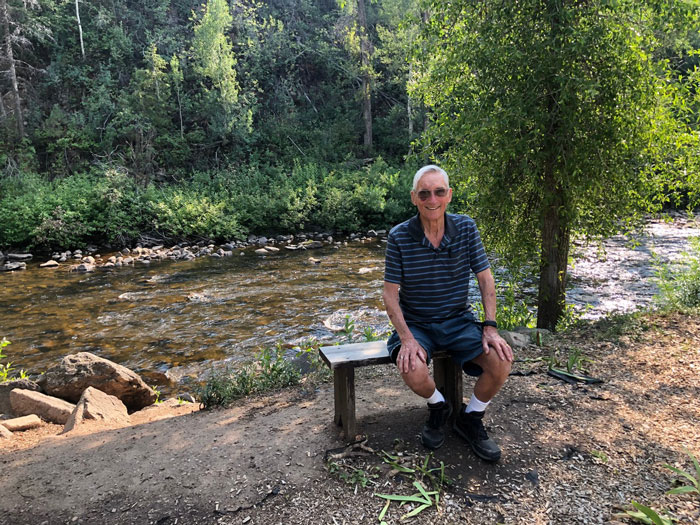 In 1999, I retired and would bike often; I would ride 12–15 miles some days. But in 2005, while bicycling, I had severe back pain and went straight to the emergency room.

I had an angiogram and was told I needed a stent. By this time I was 70. Since my father hadn’t made it to 60, I felt I was living on borrowed time and attributed my extended time to my diet. I had followed it fairly religiously, but I can now admit that over the years I had relaxed quite a bit, especially when it came to sweets.

As time went on, I had some problems with premature ventricular contractions (PVCs). I became intolerant to several long-term medications that I had been taking and was unable to take any statin medicines to keep my cholesterol down. I had another stent implanted, experienced various irregular pulse problems, and suffered from acid reflux.

In 2014, I started having shortness of breath and chest pains while walking and going up and down stairs. I started taking medication to open my blood vessels, which improved these problems slightly. Over the next two years, my ability to remain active declined, though, and I noticed a degradation of any task that required exertion.

At 79, my wife and I had scheduled a vacation and planned to attend my grandniece’s wedding. Not long into the trip I started having chest pains. We had to cut the trip short and I was unable to attend the wedding. I had another stent installed, but it did nothing to ease my symptoms. I was told that the problem was a blockage in the small vessels of my heart. There was no intervention possible, and I was at the upper limit of taking some of my medicines. In other words, there was nothing they could do. I have since learned that this is called end stage coronary artery disease. Based on the rapidity of my decline, I figured I had single-digit months left to live.

So in 2016, right after my 80th birthday, I was not surprised when I couldn’t walk even short distances or climb stairs without getting angina. I was also suffering from severe side effects from my medications, including extreme dizziness, weakness, disorientation, and falling down. I was also suffering from constipation, insomnia, and advanced GERD. My acid reflux would mimic heart pain, which caused me untold stress, as well as numerous trips to the ER.

That year, I signed up for my health care provider’s cardiac rehab program. I could hardly walk to the meeting room. At the first meeting, they talked about exercise and diet. Although I could barely exercise, I did my best and suffered through the exercise portion of the meeting.

Then, a dietitian presented information about a plant-based diet. On one of the handouts, there was a picture of an angiogram showing a dramatic reversal of coronary disease over a 32-month period. Having seen a lot of my own angiograms, this illustration spoke to me. Could blockage really be reversed through diet, I wondered? 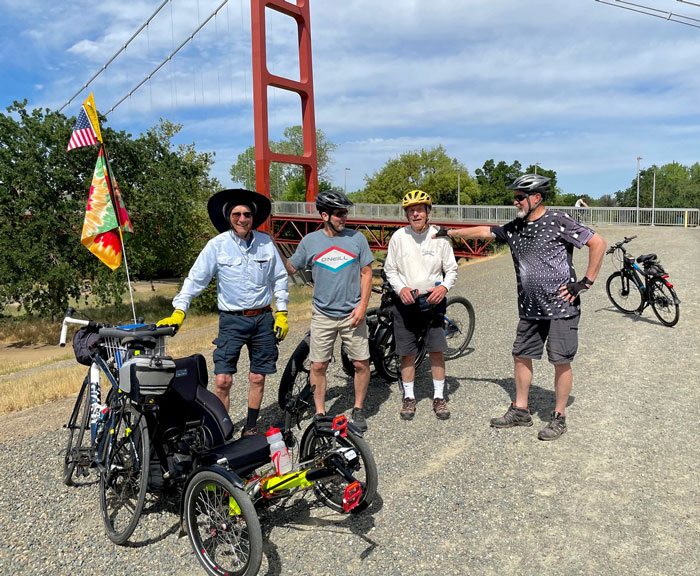 Since I didn’t think I would see my next birthday, what did I have to lose? It felt like my only hope. I checked with my cardiologist, and she told me that a whole food, plant-based, sugar, oil, and salt (SOS)-free diet would help more than medicine could.

The dietitian at the seminar recommended three books: Prevent and Reverse Heart Disease by Caldwell B. Esselstyn, MD; How Not to Die by Michael Greger, MD; and The China Study by T. Colin Campbell, PhD, and Thomas M. Campbell, MD.

As stated in one of the books I read, “The body has an incredible ability to heal itself, if we just let it,” and I am living proof of that.

I went out and I got all three books and started this incredible journey.

I am blessed to have a wonderful wife, Dottie, who is not only supportive but is also an excellent cook. I soon figured that my wife and I would need some cookbooks, so I ordered half a dozen. I found that it was not all that hard to find information on plant-based diets.

It took a while to read and figure out what to eat, but the results were spectacular! Remember, I couldn’t walk any distance, couldn’t climb stairs, and couldn’t even push the trash can up my driveway without severe angina. Well, after four weeks on a whole food, plant-based diet, we went out to lunch (where I had a salad with no-fat dressing), we went for a walk for over a mile, and then I climbed stairs to return to my car. I couldn’t believe it!

I am now 85 and have no angina. I can walk long distances, climb stairs, and am mobile again. My cholesterol went from 196 to 149 in 3 months, I lost 30 pounds, and my kidney function went from 40% to a normal range.

And I feel great! I have much more energy, and I don’t get bruises on my arms and hands anymore. The dark blue skin I had on my ankles went away after 11 months of eating plant-based, and my swollen left foot from my 1985 bypass became normal again. 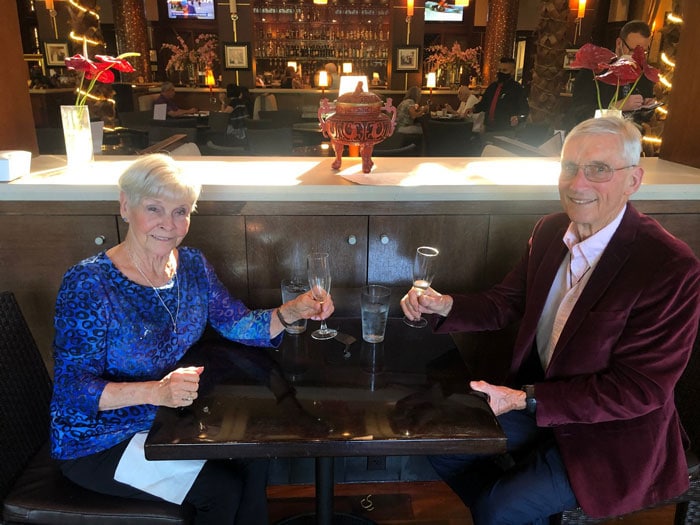 When I visited my cardiologist in January of 2017, she was so amazed at my improvements she asked me to share my story. She arranged for me to speak before 100 medical professionals. Never did I think I would be giving advice to anyone in the medical field!

As stated in one of the books I read, “The body has an incredible ability to heal itself, if we just let it,” and I am living proof of that.

The change was so dramatic and so quick that I had a hard time believing it myself. Yet long walks and climbing stairs could not be denied. I got well so quickly, I was actually terrified that perhaps the improvements could be reversed just as quickly. As a result, I watch what I eat like a hawk. I don’t cheat — ever. Not that that’s a bad thing! 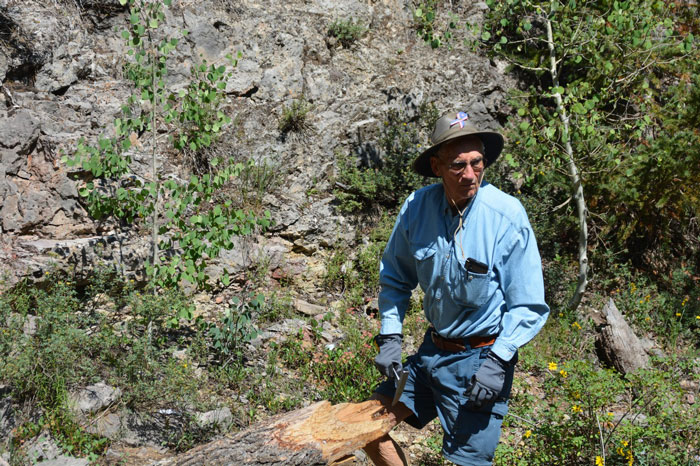 For me, the biggest benefit of this lifestyle is my sense of well-being. The biggest downside has to do with social occasions. Every social event revolves around food, and for the most part, I’ll be around food that I can’t eat. So, I have to improvise and be creative. I like to say I am the perfect dinner guest; I bring my own food, and I always enjoy the meal. Did I mention I love the food I eat?

Was it easy? No. But it is becoming easier as time goes on. Was it rewarding? Yes! Was it worth it? Absolutely. It was the hardest thing I have done in my life, but I did it and will continue to do so for the rest of my years. Above all, it is not how long I live, it is how well I live.

My Journey Back To Health: From Code Blue to Plant-Based...