Soy vs Skim: How the Dairy Industry Twists Results To Market Milk 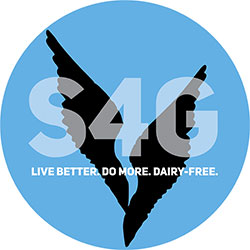 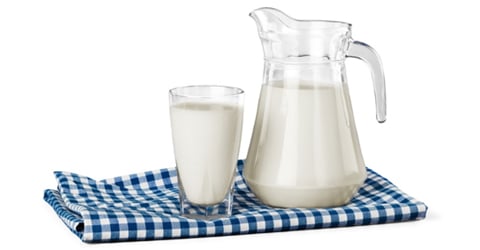 In science we trust—to a certain degree. Many of our daily habits and decisions are swayed by science—everything from what we eat to how we train is based on trusted scientific evidence and research studies. However, this seemingly objective field of study is not perfect. Open to countless variables and researchers’ interpretations, coupled with marketing professionals and journalists taking results out of context, conclusions can be manipulated and packaged into fact before they can truly be tested over the long term. This is the tactic the dairy industry relies on to convince the public that cows’ milk is a health food. We reviewed two studies which compared the effects of whey protein to soy milk in post-exercise muscle accrual and found that the dairy industry is using short-term conclusions to promote long-term health habits.

The study only included eight participants, all similar in age—which is not a diverse nor large enough sample size to apply the results to the general public.

Unlike some of the dairy-funded studies used to promote cows’ milk, this one in particular was relatively sound in its design. The goal of this study was to determine whether soy or skim milk led to an increased rate of lean muscle mass synthesis.1 Researchers specifically analyzed the amount of amino acids accrued within participants’ muscles, both post-exercise and throughout the trial. The study accounted for a wide range of variables, and there did not seem to be any obvious manipulation by the design to favor one beverage over the other. Researchers found that more amino acids were available for longer in the participants who consumed skim milk throughout the trial, concluding that skim milk is more optimal than soy milk for gaining lean muscle mass.

While the evidence of this study is strong, it does not warrant proof. The study only included eight participants, all similar in age—which is not a diverse nor large enough sample size to apply the results to the general public. Further, the short-term accrual of amino acids does not necessarily translate into long-term muscle growth. We looked at a meta-analysis of soy versus whey protein (a protein in cows’ milk) on the effects of increased muscle mass over time, and found no benefit in the whey-consuming participants over a six-week period.2 While this meta-analysis must also be taken with a grain of salt as it only included two studies (due to the lack of research on this particular topic), it reminds us to look at a cohesive body of work before jumping to conclusions—as the dairy industry tends to do.

One study is not enough to prove a point, and yet given proper media attention, this singular study could mislead gym-goers into swapping their plant-based protein shake for a whey-based variety. The dairy industry relies on these industry-funded studies to make grandiose claims in favor of dairy, hoping the lure of scientific evidence will carry its message of “milk does a body good.” This isn’t to say that we shouldn’t value science, but we should not let our health choices be completely dictated by it without questioning the source. At Switch4Good, we play the long-term game, and we have the years of experience and athletic achievement to support the dairy-free lifestyle.