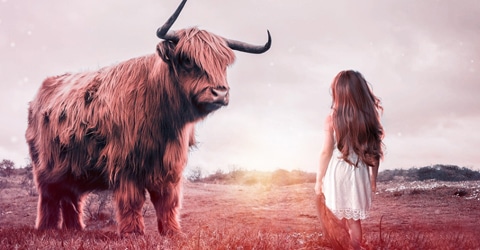 Recently there has been an influx of debate through media on plant-based milk and cow’s milk, especially when it comes to children. An article in VegNews referenced “The Physicians Committee for Responsible Medicine (PCRM) – a medical group that counts 12,000 doctor members – issued a demand to American Heart Association (AHA) President Robert Harrington, MD to withdraw AHA’s recommendation for children to consume cow’s milk.”

The T. Colin Campbell Center for Nutrition Studies (CNS) agrees with the stance of PCRM, and provides people with an education and resources on how a whole food, plant-based diet is the best choice for healthy living and disease prevention in both children and adults.

Dr. T. Colin Campbell stated, “Conversations like this one around milk make up for about 99 percent of nutritional debates. But, there is something greater that supersedes this conversation. It is the larger debate around nutrition and how it has a personal cause and effect on an individual. The argument isn’t around milk, or what kind of milk, the conversation should be around what you eat holistically – and the best choice, based on scientific evidence, is whole food, plant-based.”

“I always tell my patients that to be at their healthiest they should follow a whole food, plant-based diet,” said Michael Hollie, MD and CNS Board Member. “Federal laws mandate that all schools will provide children with milk at each meal or face the loss of federal funds. Those responsible for this mandate have chosen to ignore the fact that up to 90 percent of African American, 70 percent of Asian, and 15 percent of Caucasian children are unable to digest the sugar (lactose) in milk. We need to work together to make plant-based milk and food accessible to everyone, as it is a better choice, for adults and children.”

If looking for plant-based milk options, there are many types to choose from – almond, soy, hemp, quinoa, rice, oat, coconut, and cashew to name a few. Here are a few tips from Dr. Campbell, Dr. Hollie and CNS when choosing a plant-based milk for you and your children.