Topics » Nutrition Science » Protein Isolates: Do They Have a Place in a Whole Food, Plant-Based Diet? 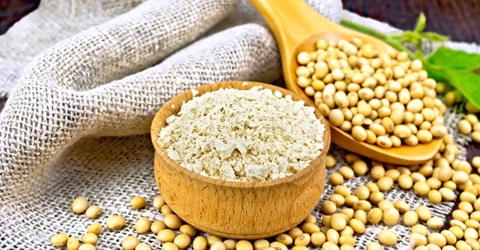 Protein Isolates: Do They Have a Place in a Whole Food, Plant-Based Diet?

Protein isolates have been a staple in mock meats for decades and are now hitting the mainstream as new plant-based meats appear in more grocery stores and restaurants.

The big names in alternative protein say that plant-based meats made with protein isolates are healthier than animal proteins. However, despite a long history of use, there’s still some concern and confusion regarding the safety and health implications of eating isolated proteins instead of protein naturally contained in food.

What are protein isolates?

Protein isolates are proteins extracted from whole foods; as the name suggests, they are isolated proteins. Soy is the most well-known plant isolate; yellow pea is also gaining popularity as a protein source in plant-based meats and protein powders. 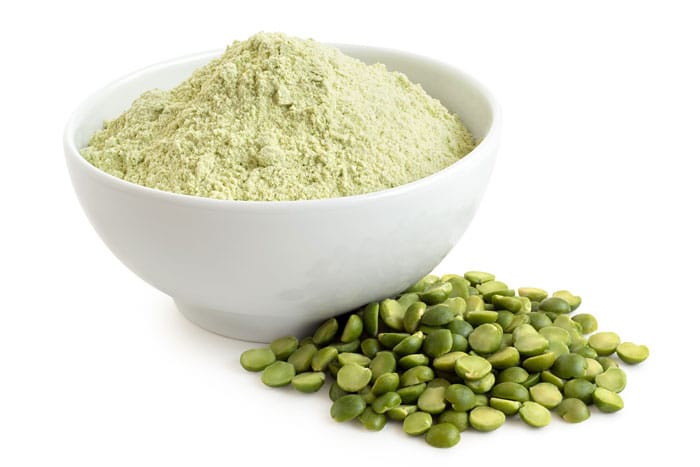 Separating proteins from a food’s other components creates an isolate that’s as much as 90% protein, a concentration close to that of many animal-based foods.[1] Plant-based meat brands favor both the high protein concentration and the functionality of these isolates to give their products taste, texture, and nutritional profiles that mimic animal meat.

How are plant protein isolates made?

Soy protein isolates begin life as whole soybeans. After harvesting, the beans are dried, dehulled, and turned into flakes. The oil is then removed using an organic compound called hexane,[2] and the defatted flakes are ground and mixed with water to separate the protein from the sugars and fibers.

A centrifuge removes proteins from the water solution, which are then spray-dried to form a powder.[3] Producing the highest-protein isolates may also involve the use of other acidic and alkaline chemicals.[4]

Pea protein goes through a similar process, except that the peas aren’t treated with hexane. However, since pea protein can have what some consider an “off” flavor, additional processing techniques like fermentation or flavor-masking agents may be used to create a neutral final product.

All this processing is at the center of the controversy surrounding protein isolates. Since these products have the carbohydrates and fat removed and are often mixed with other ingredients, they qualify as ultra-processed foods. However, they’re also free of cholesterol and the harmful inputs that are standard in raising and processing factory-farmed meat. Does that mean they are actually healthier?

Dr. Michael Greger puts things in perspective when he asks, “Compared to what?”[5] Comparing a plant-based burger made with protein isolates to a burger made from ground beef sourced from hundreds of factory-farmed cows may tip the scales in the plant-based burger’s favor. But pit the same burger against a patty made from beans, whole grains, and vegetables, and the veggie burger wins in terms of nutrition. 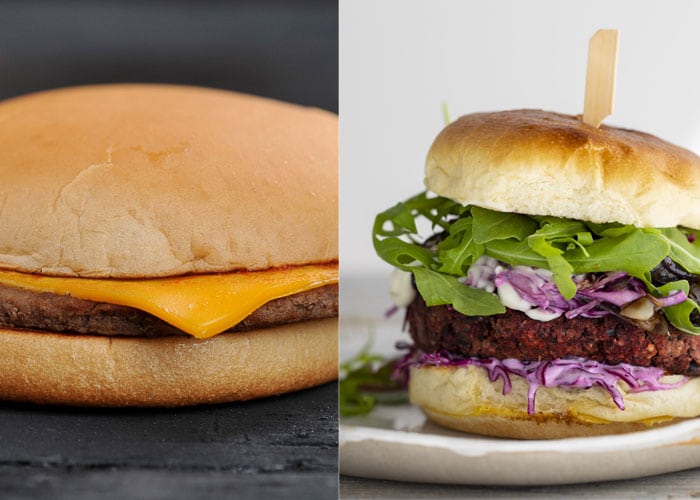 It is interesting to note that in a randomized crossover trial involving 38 people,[6] replacing two servings of animal protein per day with plant-based meat products resulted in improved markers of cardiovascular disease risk. However, the study’s limitations and variables — including short duration, small sample size, differences in nutrient content between the plant and animal meats, and the fact that it was funded by a plant-based meat company — could have affected the outcome, so more research is needed in this area.

What are the downsides of protein isolates?

The health of protein powders in particular has been called into question due to potential contamination with toxins like heavy metals or bisphenol A (BPA).[7] Soy protein may contain traces of hexane from the extraction process or pesticides if it was made using GMO soybeans. Some animal and cell studies also suggest that consuming isolated soy proteins instead of whole soy may stimulate breast cancer growth.[8] 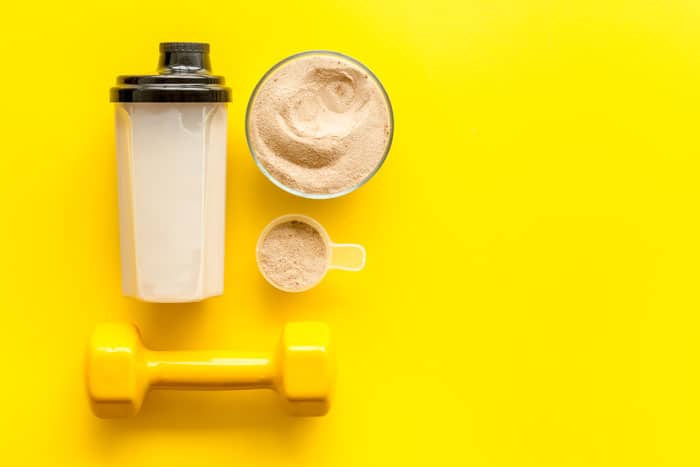 With pea protein, sodium is a major issue. A sodium solution is often used during extraction, which can bump the sodium content of the final product up to over 300 milligrams per serving, and this may be problematic, especially for those with high blood pressure or kidney disease.

Emphasizing whole plant foods over protein isolates removes the majority of the potential risks associated with these highly processed ingredients. Plant protein sources like legumes, nuts, and seeds also contain nutrients and compounds that are reduced by or stripped out during protein isolate processing, such as:

Eating foods whole instead of proteins in isolation creates a synergistic effect between nutrients, which may be responsible for the benefits associated with whole food, plant-based diets. 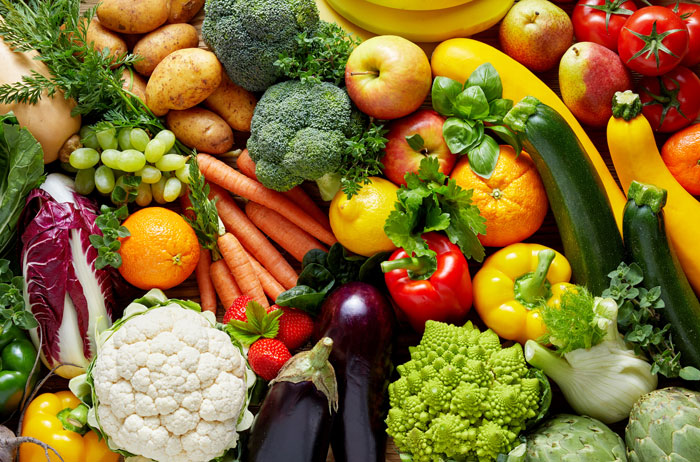 And this is where protein isolates can be useful. Some people transitioning from meat-heavy diets to eating 100% whole plants may find it easier to make the switch if they use plant-based meats as substitutes in the short term. If the clear end goal is a completely whole food, plant-based lifestyle, plant protein isolates can be used as a tool to support a successful transition.[9]

In the long term, though, ultra-processed plant protein isolates aren’t likely to deliver the same health benefits as eating whole plants. There’s no solid scientific data on the health effects of high plant-based meat consumption, but science has shown that emphasizing unprocessed plant foods has significant benefits for health. In light of the evidence, eating plants, not isolates, appears to be the best choice.

The Mystique of Protein and Its Implications

Where Do You Get Your Protein?

No Whey, Man. I’ll Pass on the Protein Powder